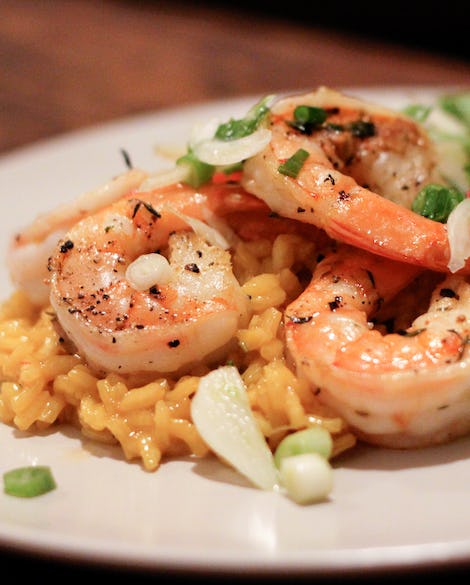 Bring a large saucepan of water to a boil. Add the rice and cook, stirring occasionally, about 15 minutes or until al dente. Strain and set aside.

In a medium saucepan, combine the half-and-half with the saffron and chicken broth and bring to a simmer. Add the al dente rice and stir over medium heat until the rice becomes creamy, about 3 minutes. Remove from the heat; season with salt and pepper to taste.

In a large saute pan, heat the olive oil over medium high heat. Add the garlic and red pepper flakes and cook for 2 minutes, or until the garlic is just beginning to brown. Add the shrimp and thyme and cook, stirring constantly, until the shrimp are pink and beginning to curl, about 3 minutes. Add the wine and let simmer until it has nearly evaporated, another 1-2 minutes. Remove from heat and season with salt and pepper.

Toss the fennel and arugula with the olive oil and lemon juice; season with salt and pepper.

To serve: Mound some rice in the center of each plate. Arrange 4 shrimp on top and some fennel salad on the side. Garnish with the sliced scallion. 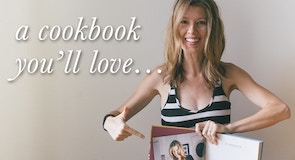 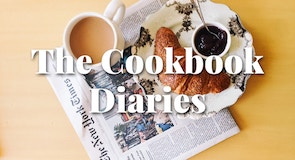 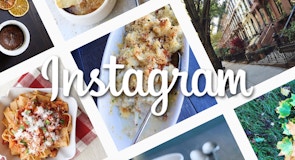 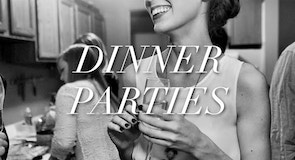