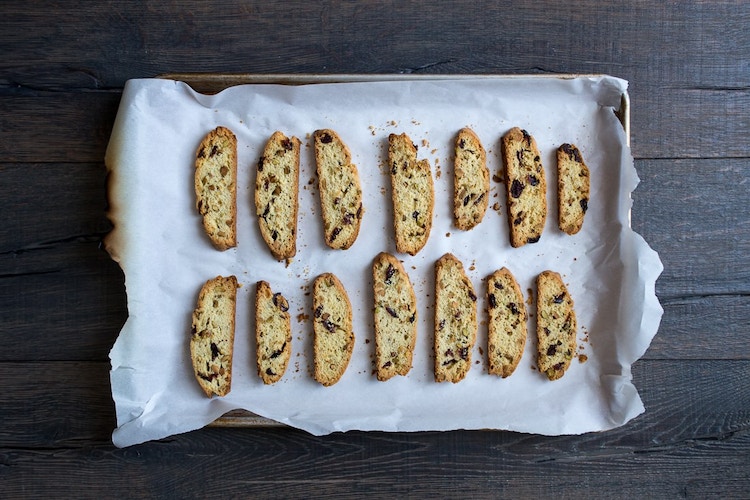 The Yellow Table is officially SOLD OUT!!

There are a few things right now that seem impossible to me:

-That Christmas is in 3 days.

How crazy is that?! It's weird to think that after a year of work, and after shipping out a mountain of books and hand-carrying them to events in NYC, Nashville, and D.C. (I even carried 90 pounds of books recently onto a bus to Maryland!), that *poof!* - just like that, they're gone. It was a vague goal of mine sell out by the end of the year, but now that it's happened, I'm both shocked and a little bummed! People and stores continue to inquire about ordering more copies, and I'm having to say "Sorry! You'll have to wait until next year!"

For those of you who are still wanting to buy a copy, you can find my book at the following stores (until they run out of stock):

We are definitely planning to reprint in early 2015, but now it's a matter of deciding when and how many to print: the more you print, the cheaper your per-book cost is, BUT it's a larger financial investment, and more of a risk to pay to warehouse a bunch of books that you may or may not be able to sell. I am in the process of reaching out to buyers at larger chain stores: Anthropology, Williams Sonoma, West Elm, Crate & Barrel, Barnes & Noble, etc. and hoping to get some big orders that will justify a larger print run. As a self-published author, getting in these stores is a challenge, but not an impossibility. On the other end of the spectrum, I'd be open to working with a publisher to reprint a second edition of The Yellow Table. Basically, I want to have a wider distribution for my book, but I don't want to handle the shipping and distribution ever again! It was such a nightmare dealing with the USPS, and absolutely heartbreaking to have them lose over 100 orders. It kills me to know that some of my Kickstarter supporters aren't getting their books in time for Christmas, even though I mailed them out on Nov. 19, and then re-shipped duplicate copies in December. Alas. I'm trying to work through my guilt, and just let it go. I've truly done the best I can.

So why the biscotti picture? Signe shot these cranberry-pistachio biscotti for the book this time last year, and to me, it represents the simple, peaceful Christmas season – full of baking and tree-decorating and sipping hot chocolate by the fire – that I've been longing for. This month (despite my best early-December intentions to savor Advent) has been anything but that: between book shipping – and tracking down and replacing all of the lost orders – and events and freelance writing and a big catering job last week, it has been exhausting. To be honest, my joy has been sucked dry by the constant work, the never-ending (self-imposed) list of shoulds and should haves.

A few weeks ago, I bought a little, lopsided two-and-a-half foot tree from the Christmas tree lot near our house. It was scrawny and had a broken stand, and the guy practically gave it to me. Having a twinkly tree in our apartment is one of my favorite parts of the season, and I was determined to have one, despite the insanity. There is something so soothing about turning off all of the lights except the tree, and cozying up on the couch with Christmas music playing and a glass of wine. That is my happy place. I watered it on the first day, then got busy and forgot to water it on the second. By the third day, I checked the tray and it was bone dry. I filled it up with water but the next day it was still full: the tree had stopped taking in water. A week later, the branches were sagging, and ornaments were starting to fall off. The tree was bone dry. Knowing we were leaving town for Christmas, I decided to take off the ornaments, unwrap the lights, and get rid of the tree. I know this sounds silly, but as I un-decorated the tree, I cried. I cried because I hadn't even gotten a chance to enjoy savoring the tree, I cried because I felt like I'd killed it, and I cried because, in a weird way, I felt a lot like that dried out tree.

But that tree was a wake-up call for me. As I write this, I'm sitting down in Florida (we're visiting my in-laws for the week) on a balcony listening to the waves crash onto the beach below. I pushed to get the book orders resolved before we left town, and to meet my other end-of-year deadlines, and now I'm ready to take some time off. To walk on the beach, to spend time with family, to read, to journal. To really celebrate Christmas, and reflect on all that it means. I've realized that I need to make some big changes in 2015 – as incredibly grateful as I am that my book dream became a reality, I cannot sustain this pace of life. I'm not the best version of me right now, and certainly not my best for Brandon, or anyone else. So I'm going to take some time to replenish in these final days of the year. To do a little self-care and to start dreaming again. I actually have some exciting news that I'll share later in the week. Let's just say that I'd love for you all to go on an adventure with me in January...! (Stay tuned for more details soon!)

In the meantime, Merry Christmas! I hope this week is filled with peace and rest and joy for you all. And I hope you are able to take time to reflect and renew as this year draws to a close. It's been a joy journeying with you all, and I'm excited for all that's ahead – I just need to take a little time off in the meantime. 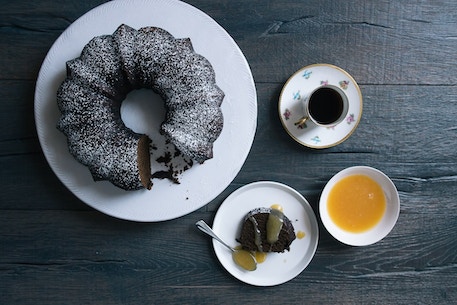 Friday Favorites (i.e. all the stuff I've been meaning to tell you!)

Happy Friday everyone! I posted this picture of gingerbread cake, because how cozy does this whole scene look? This portrays how I'd love to be spending my afternoon: sitting my a Christmas tree eating cake, drinking coffee, and watching the snow fall outside. (I mean – wouldn't you?!) Despite my best efforts to try and rest and soak in the holiday season, it's been a whirlwind month so far, of events and out-of-town guests, and book drama (both the good and the bad kind). On the good end of... 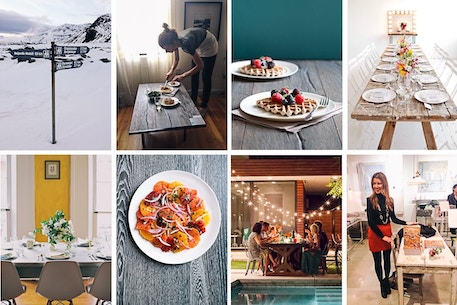 Reflecting on 2014: A Year of Beauty & Brokenness

Hi friends! For those of you who celebrated Christmas or Hanukkah, I hope your holidays were full of joy and peace and family and good food. I've been silent on the blog the past week, because after an insanely busy December, I desperately needed to unplug for a bit. We spent last week in Tampa with B's family – his parents rented a condo right on the beach, and even though the weather was only warm a couple of days, it was so nice to be by the ocean. I went on long walks on the beach every...