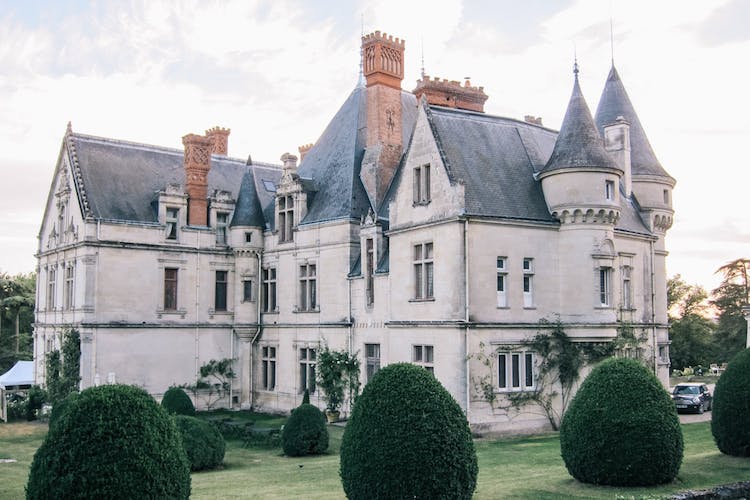 Once upon a time, in a far away land, there was a prince. He lived in a beautiful castle, and more than anything else, he loved plants. He traveled around the world, collecting rare seeds, and planted those seeds in the gardens at his castle. He grew vegetables, fruits, and flowers galore, but he especially loved tomatoes. He eventually built a collection with over 650 different types of the fruit, in every shape, size, and color imaginable, and people traveled all over the world to see them. He had a garden full of dahlias as well, in a rainbow of colors, with a little gardener's house and a tower covered in ivy. Every day, the Prince wandered through his garden, wearing a bright red vest and carrying a little basket and a small knife, picking ripe fruits and vegetables that he made into fresh juices and salads. He even kept a bed in the garden, so he could sleep with his plants. It was there, surrounded by dahlias and tomatoes, that he was happiest... 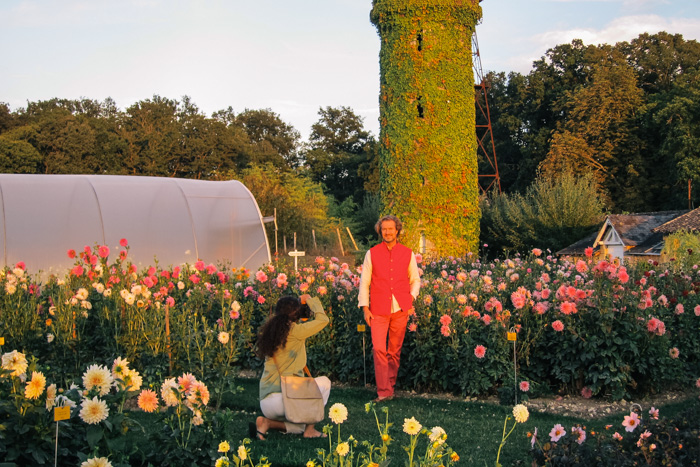 This may sound like a fairy tale, but believe it or not, it's a true story. The Prince is Louis Albert de Broglie, a member of one of France's top aristocratic families. (Interesting factoid: Though there's no monarchy left in France, there are still aristocratic titles of Prince and Duke which are handed down through certain families. Before I met Louis Albert, I had no idea!) Best known as the savior of Deyrolle, Paris's beloved temple of taxidermy, Louis Albert completely rebuilt the place after it was almost completely destroyed by fire in 2008. The Prince divides his time between Paris and his magnificent 16th-century chateau-turned-hotel in the Loire Valley, La Bourdaisiere. Though the castle is a sight to behold, the place is famed for its gardens, including the aforementioned tomato conservatory and a whimsical Louis Benech-designed dahlia garden, complete with a fully-equipped outdoor kitchen.

I first heard about Louis Albert from my good friend Randall Price, an American chef and author living in Paris. (Randall affectionately refers to him as "Prince Tomato.") The two are longtime friends and after hearing Randall's stories of the castle and the tomato gardens, I was determined to visit. Last September, I had the incredible opportunity to spend a few days with the Prince at La Bourdaisiere – visiting his gardens, hearing his vision for a new micro-farm project, and attending his annual Tomato Festival (which attracts thousands of visitors). Accompanied by Beatriz da Costa, a fantastic photographer (and, since the trip, a good friend of mine), I was utterly enchanted by the place – and by the charming Prince himself. He invited us to join some of his friends one night for a dinner party in the dahlia garden, which was about as dreamy as it sounds. 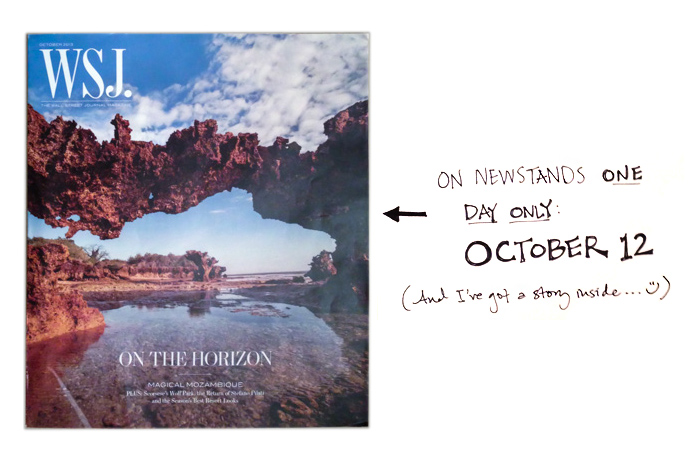 The story of the Prince and his magical world of plants was originally slated to run in Garden Design, but the magazine sadly folded before the story went to print. In an amazing stroke of career fortune (and the determination of former Garden Design style editor Lindsey Taylor to find a home for this story), my piece, accompanied by Bea's gorgeous photos, ended up as a feature in this month's WSJ Magazine! I am seriously pinching myself.

The issue will be on newsstands for one day only, Saturday, October 12 (in the weekend edition newspaper), so go buy a copy! :) In case you miss it in print, you can also read it online, here. I'm so thrilled to be able to share this story with you all – it was such an amazing experience getting to spend time with "Le Prince Jardinier" (The Gardener Prince) and to hear his vision to change the way the world eats by creating a sustainable network of small, organic farms. He's currently conducting a microfarm experiment at the chateau that, if it succeeds, will be replicated all over France, and perhaps eventually, all over the world. 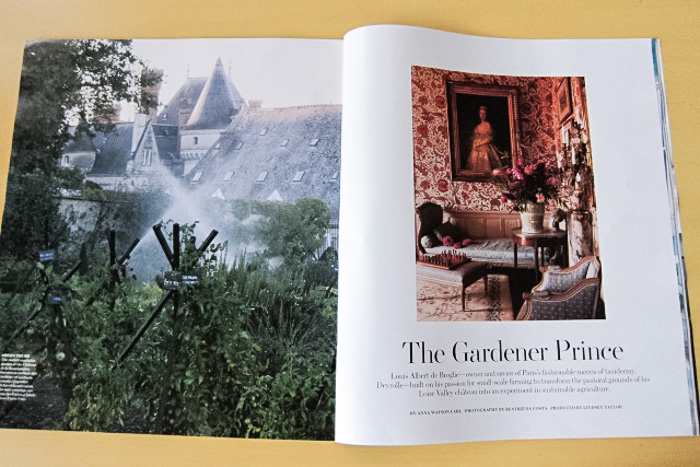 Enjoy the pictures below, and take a step into the fairy tale... (A note: these photos are mine, not Bea's. Grab a copy of the magazine tomorrow if you want to get see her magnificent work!!) 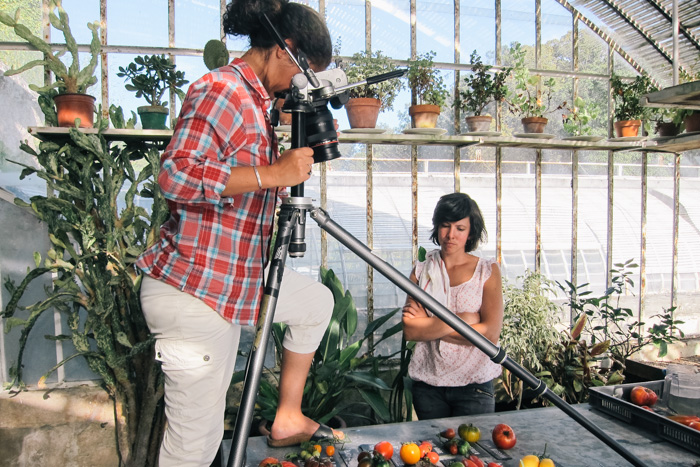 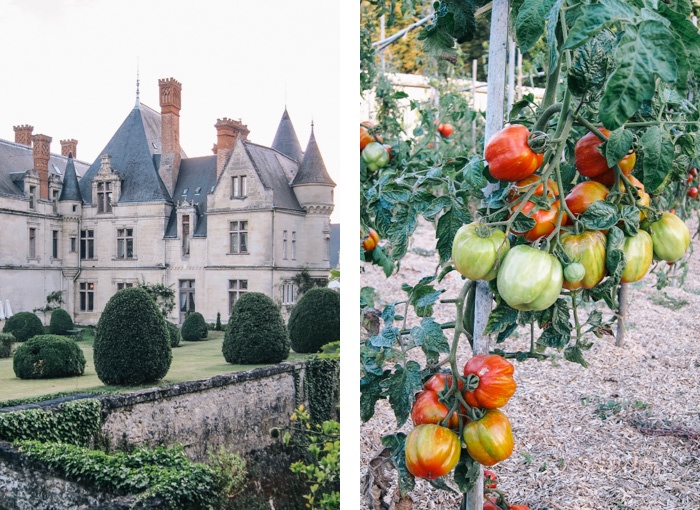 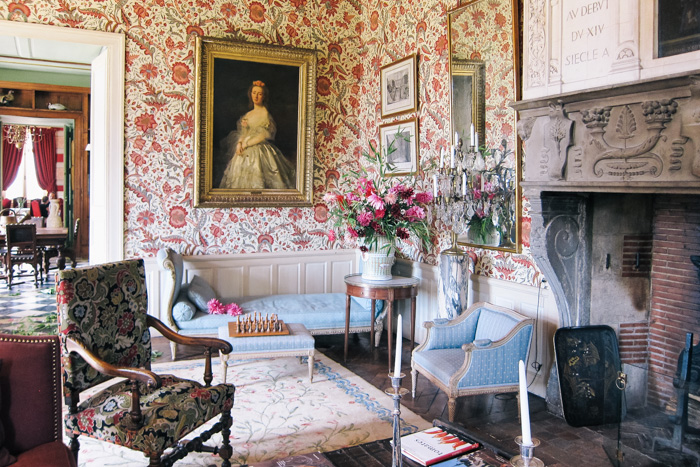 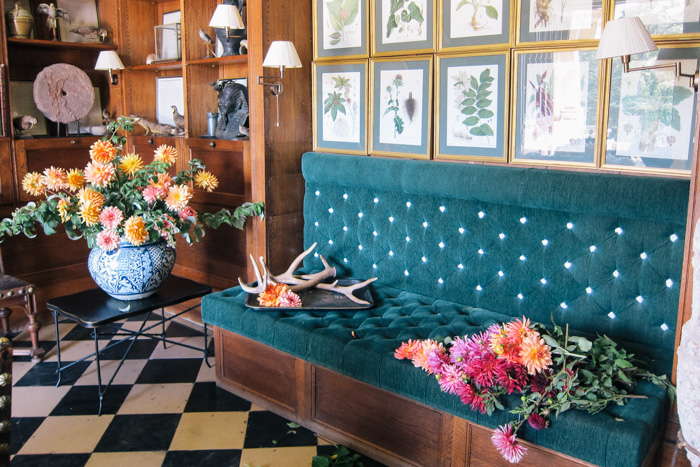 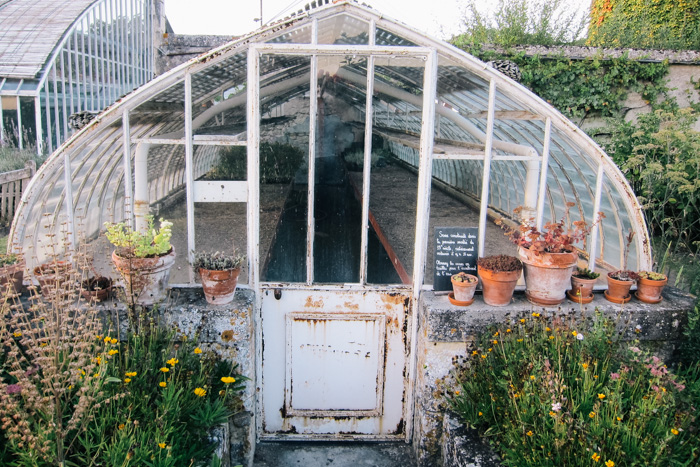 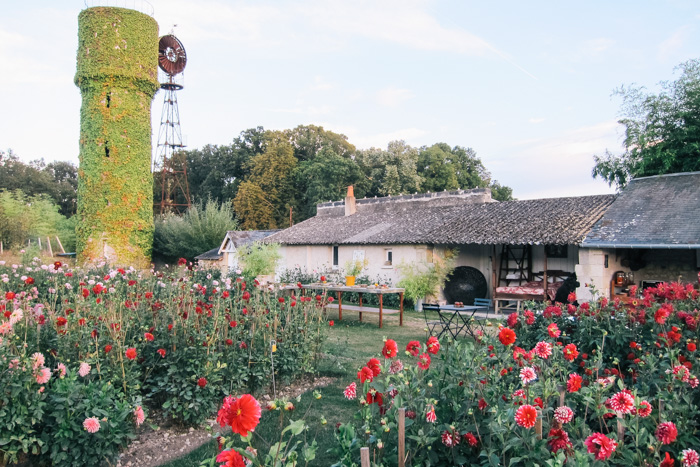 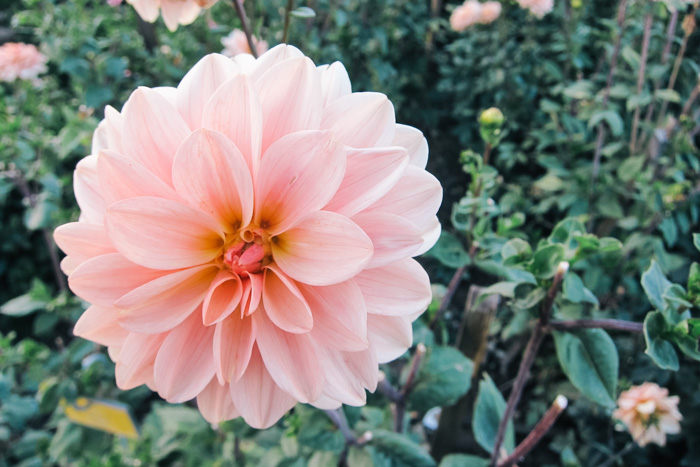 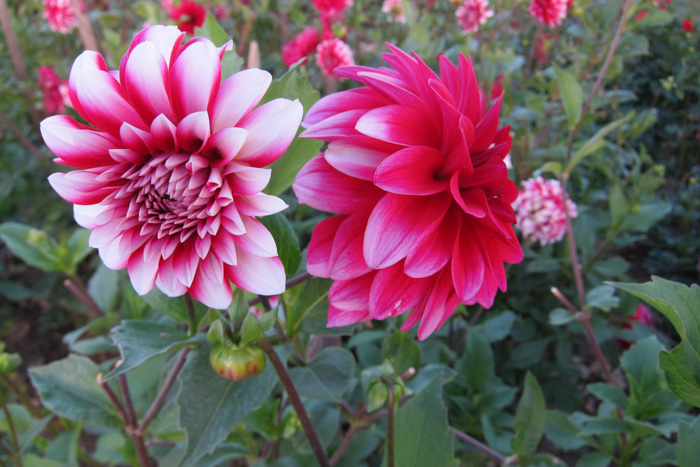 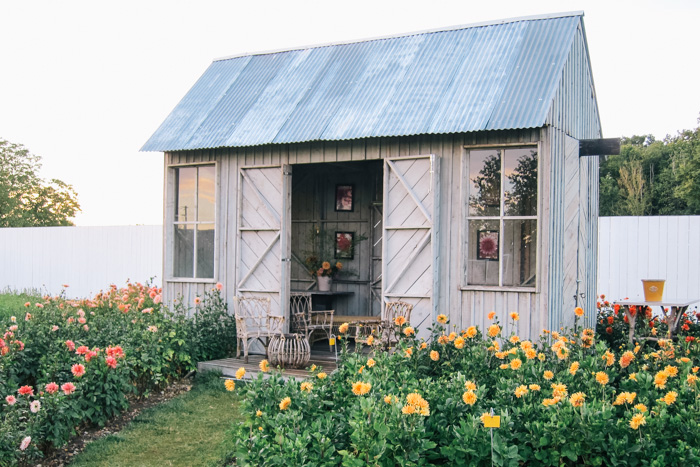 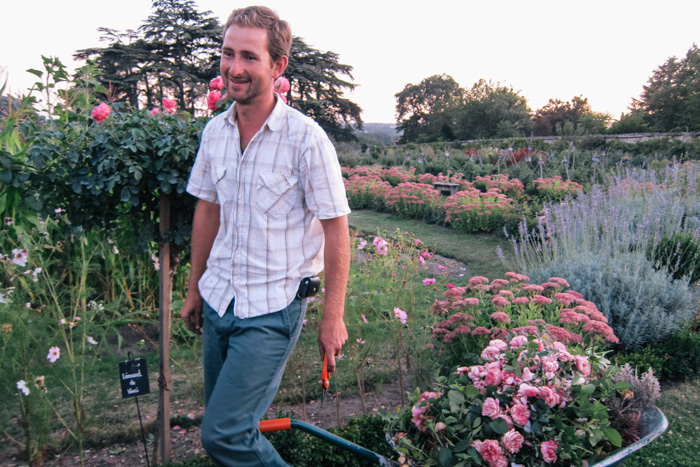 P.S. You can actually visit this magical place! All the details are are on La Bourdaisere's website. 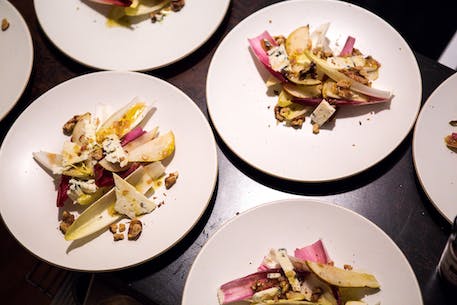 A Fall Dinner Party (and An Impromptu Singalong)

Just a head's up – coming off of my last post, this one's going to seem a bit banal. I don't have any major confessions or profound insights. I just want to talk about how much I love endives, pears, walnuts, and blue cheese. Together, on a plate. Actually, come to think about it, maybe I do have a confession: I am a closeted Mariah Carey fan. I think the first cassette tape I ever bought was her 1993 album Music Box. (Dreamlover?! And Hero?? Amazing stuff.) And what exactly do endive salads... 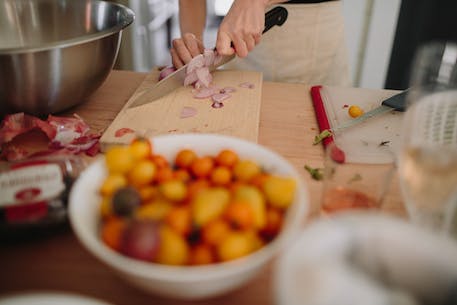 Friends, things are happening. Really exciting things. I thought today was going to be the day of the big reveal, but I'm learning that with all creative endeavors, they take time. And patience. Which is no surprise to me as a cook - some of the best things I've made are anything but quick. (Coq au vin, anyone?!) But I happen to be really, really impatient, so every minute feels like about ten years. But in the waiting and the working, I'm learning some pretty big lessons. Like the fact that...