Hello from the car! Yep - I'm just typing away on my laptop in our cute little Silver VW Beetle, cruising down I-95 heading to Raleigh. (Elise is driving right now FYI...in case you were worried! Ha.) We got a late start out of NYC yesterday and it took about 3 hours to get out of the city with traffic, but what a great feeling to finally get on the road! This car is amazing - a 2014 Beetle TDI that had less than 1000 miles on it when we started the trip. I am pinching myself that I not only get to do this road trip, but that I'm getting to do it in such style! (Thank you Volkswagen!)

We stayed outside of DC last night with my sister Maria and her husband Peter. Even though we were there less than 12 hours total, it was so great to see them! They had hamburgers (made with rosemary from their garden) on homemade brioche buns waiting for us when we arrived. Hospitality at its finest!

Despite the excitement of the trip, today's been a bit bittersweet. We were supposed to launch the Kickstarter campaign for the cookbook, but let's just say, we've encountered some technical difficulties. Relying on Wifi in the car and at Starbucks pitstops isn't exactly the best way to transfer large photo files, and at one point two hours of work that I thought I'd saved was accidentally deleted. Mix in a good bit of driving today, not much sleep the past week, and let's just say that the Kickstarter will launch tomorrow. 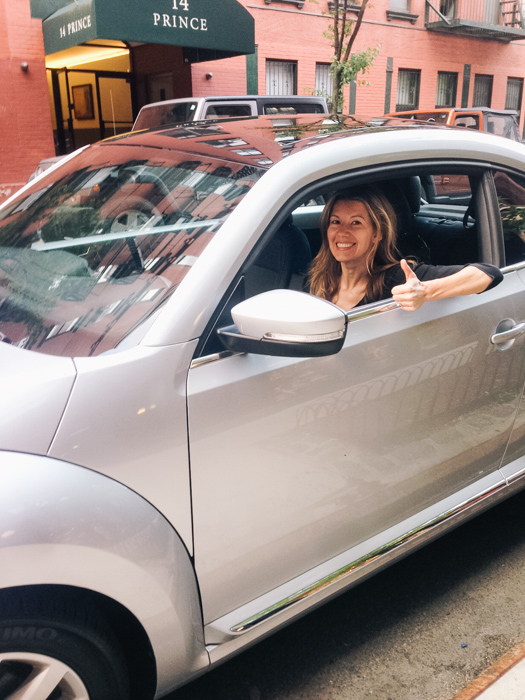 After beating myself up for ruining the grand plan (and letting you all down!), my friend Megan Gilger (who helped create my Kickstarter video), gave me a pep talk and said something to the effect of: "Don't be so hard on yourself! You're the only one putting pressure on yourself - you've got to show yourself some grace. One more day isn't going to ruin anything!" It really helped me put things into perspective.

So I'm taking a deep breath, giving this a second attempt tomorrow, and in the meantime, trying to enjoy some of the sights from the road - like the gorgeous sunset above that we enjoyed while driving over a bridge last night in Delaware. (Or Maryland?) Anyway, it was beautiful, and I am trying to remind myself to savor every moment on this trip and not to let stress and deadlines suck the joy out of the experience.

Tomorrow's a new day, with plenty of grace to cover today's mistakes. Thanks for your patience, friends. We'll have those cookbooks ready for pre-order soon!

Guys...it's happening!!! Our Kickstarter campaign is launching Monday and I could not be more excited. For 6 weeks, via Kickstarter, you'll have the opportunity to pre-order the cookbook – which will arrive in October. This is going to be your only opportunity to pre-order a copy...so if you want to give this book to friends or family as a holiday gift, next week is the time to buy! Our friends Mike and Megan are putting the finishing touches on a beautiful video that we'll be sharing Monday... 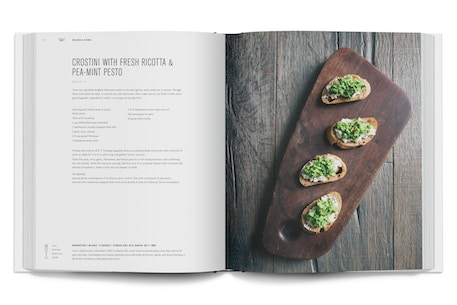 Hi friends!! Just a quick post (in the midst of a crazy day) to say that: our Kickstarter is now live!! Meaning you can finally pre-order your copies of The Yellow Table Cookbook in time for the holidays! Click here to watch the video and read all the fun details of the project! SO grateful for everyone's support...it's exciting to see how many people have already pledged! Essentially, I'm trying to sell 1500 copies of the book - which, at $30 a piece, plus shipping and Kickstarter fees, comes...