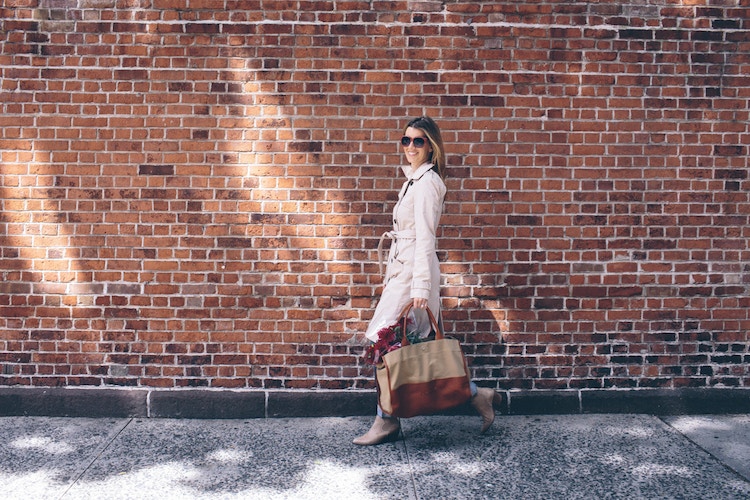 Pursuing a Dream: Part I

“Until one is committed, there is hesitancy, the chance to draw back, always ineffectiveness. Concerning all acts of initiative (and creation), there is one elementary truth, the ignorance of which kills countless ideas and splendid plans: that the moment one definitely commits oneself, then Providence moves too. All sorts of things occur to help one that would never otherwise have occurred. A whole stream of events issues from the decision, raising in one's favor all manner of unforeseen incidents and meetings and material assistance, which no man could have dreamed would have come his way. I learned a deep respect for one of Goethe’s couplets: 'Whatever you can do, or dream you can do, begin it. Boldness has genius, power, and magic in it. Begin it now.'” ― W.H. Murray

Have I shared this quote with you all? If so, sorry! I needed to share it (possibly again) because it pretty much sums up my past year. Though this quote is often mistakenly credited to Goethe, it's actually by British author William Hutchison Murray, from his 1951 book The Scottish Himalayn Expedition. (The things you learn from Googling...) I love this quote because it highlights one of the most amazing things I've learned this past year: that when you fully commit to something, invisible wheels are set in motion on a level that you can't even begin to comprehend. As long as you have one foot on the dock and one foot in the boat, you're not going anywhere. But once you step into the boat and push away from the dock, even if you don't know exactly where you're going or what you're doing, you have a MUCH larger chance of reaching your destination.

As most of you all know, I dreamed for years of writing a book, but I thought I needed permission first. I waited for someone to ask me to create a book so that it would feel validated and official. It felt terrifying to embark on a project so large on my own. What if I failed? What if I ran out of money? What if people laughed at me? (I actually wrote a post about these fears a little over a year ago, when I still had a foot on the dock.) But I found that once I made the decision to commit to this project, I found that Providence did, indeed, move. The most incredible people came into my life who helped me make the book a reality. Doors opened that I wouldn't have thought possible. Things began to fall into place at each juncture that were nothing short of miraculous. Boldness does, in fact, have a genius, power and magic in it. 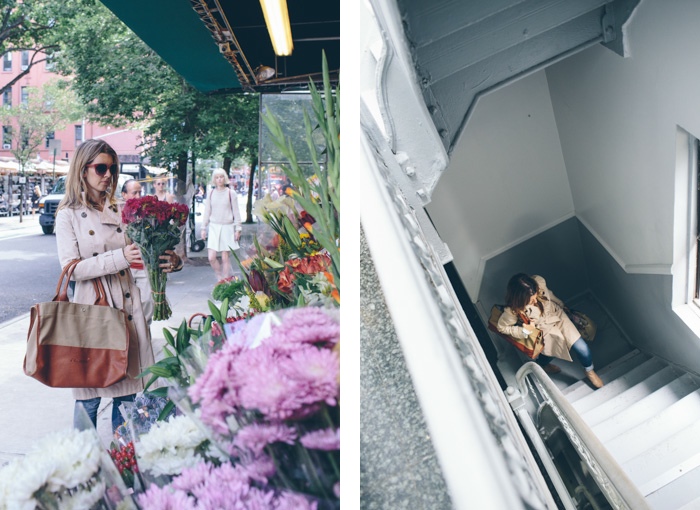 It's kind of surreal, being on the other side of pursuing a dream, and actually seeing it come to fruition. I'm still kind of in denial that the book is done. Does that make me an author?! I've always looked at other cookbook authors – or any authors for that matter – with such a sense of awe. I'd look at them and think: 'You wrote a book? What are you, superhuman?! How did you find the time to do such a thing?' Writing a book always seemed like the thing that was just out of reach – something that happened to people more talented, more motivated, more organized, and more connected than me. But here's a little secret I learned: books don't "happen" to people. There is no one on the planet who accidentally wrote a book, just because they had heaps of spare time and nothing to do. Books are written when someone makes the commitment to start writing, sets a deadline, and rearranges their priorities for a season to make sure they meet that deadline. It takes sacrifice, for sure, which is part of the reason why many books never actually come to life.

But here's another thing I learned: writing a book (or starting a business, or running a marathon, or anything you've ever dreamed of doing) isn't something just for the "more talented, more organized," superhuman folks of the world. Trust me, if a disorganized, procrastinating, self-doubting person like me could publish a cookbook – then guess what? SO CAN YOU!!! There are no perfect people and there's no "perfect time" to embark on any major project. It mostly just takes a little courage, a lot of persistence, and the ability to do the following three things: 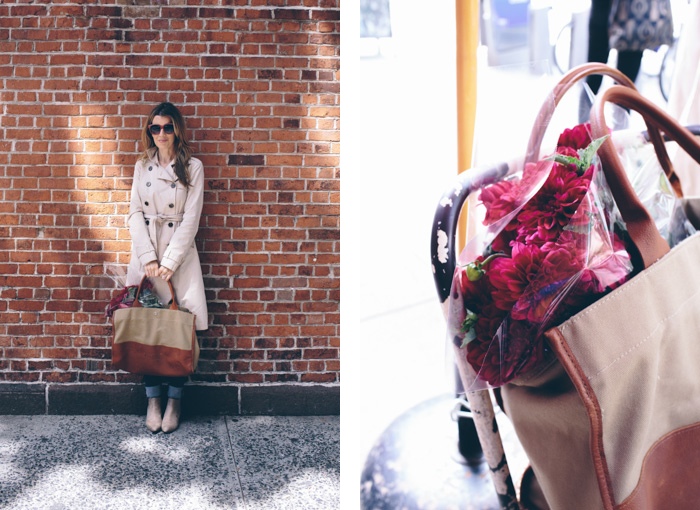 Believe: First of all, you have to really and truly believe that your dream is not only possible, but that you absolutely can achieve it. Sure, there will be doubts (oh will there ever!) along the way, but deep down you have to believe that you are on the right path, and that you can overcome any obstacles along the way. For me, being a Christian, the word believe has an even deeper meaning, because I'm not just believing in myself. I'm believing in the One who made me, who knows me inside and out, and who plants dreams in my heart. I'm believing that my God is faithful, and that He will provide for me when I step out in faith.

Commit: Once you believe, it gives you the courage to commit. As I talked about earlier, there is truly something supernatural about committing yourself: to a project, to a spouse, to your faith. Commitment isn't a word that can be taken lightly; it's something meant to be binding. But once you're committed, there's an energy that floods into whatever you're doing because you feel a sense of calling – you feel compelled by a greater purpose than your immediate needs and whims. Once you're committed, you're willing to make sacrifices along the way, because you've promised to stick it out, even when the going gets tough. Commitment is a beautiful – and necessary – part of pursuing any dream.

Ask: This 3-letter word is one of the most powerful words I've ever encountered. I've written a whole blog post on this word, and overcoming my fear of asking for help has been a huge part of my cookbook journey. When I look at every major event over the course of the past year, it happened because I asked. Whether it was asking ABC Carpet & Home if I could borrow props for our photo shoots or asking Volkswagen for a car to drive across the country, or asking my super-talented friend Dana to design my logo or asking Joy the Baker if she would co-host a throw a dinner party with me – none of these things would have happened if I hadn't asked.

What are your dreams? What fears are holding you back? Or on the flip side, have you pursued a dream and found that the quote above held true? I'd love to hear from you! I'll be writing more in the coming weeks on the subject (and feel free to ask questions that you'd like me to answer in upcoming posts).

Have a great weekend everyone! 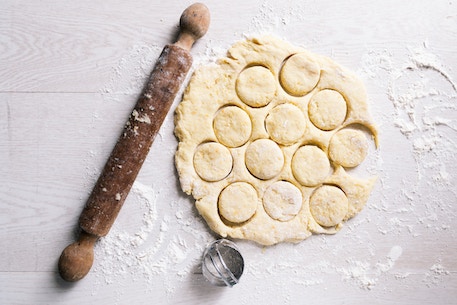 A Yellow Table Brunch with Cake Over Steak

Hello friends! OK, you know how I posted like week that the cookbook was finished?! HA. Well, that wasn't quite true. We shipped everything off to the printer early last week, then got a 14-pound FedEx box on Friday with two sets of proofs – one called blue lines, for text corrections, and the other Epson color proofs, to check color. I spent the weekend through Monday looking things over with Katie and Signe (design and color checks), then Monday with Lauren doing a final read through which... 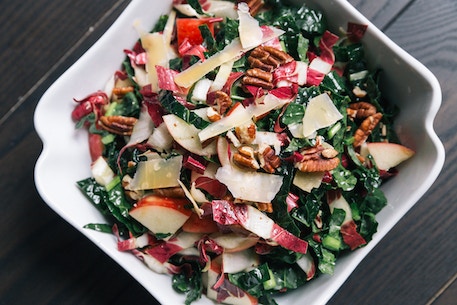 Happy Monday everyone! It officially feels like fall in NYC, and I couldn't be happier. We had an overwhelmingly balmy September, so this rush of cool air feels amazing. I love the changing seasons. It's a reminder to me that life is not stagnant. Fall always feels like a time for new beginnings – it's the time I feel most motivated and alive. (Maybe it's just the cold air...not sure!) But I also love fall for the traditions it represents: that first cup of hot apple cider at Union Square...