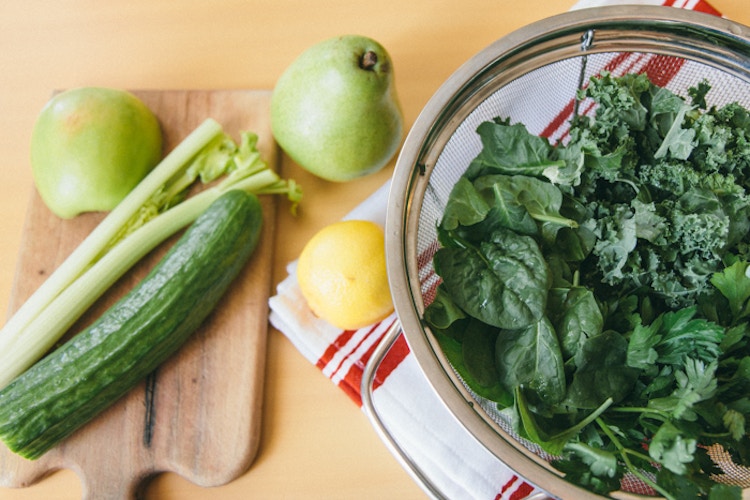 I did something last week that I have never attempted before: I fasted from coffee. Given that I've had coffee just about every day since I was 16, this was a daunting prospect. Coffee is my brain's ON button in the morning. It's the difference between a grumpy, don't-talk-to-me Anna and a friendly, life-is-good Anna (just ask Brandon!). I crave not just the caffeine, but the aroma, the taste, and most of all the ritual. I'm a traditionalist - I make my coffee in a single-cup drip cone filter and steam my own milk. Then I toast some grainy bread, spread it with almond butter, and sit down for a proper breakfast at the table. I savor my morning routine - without it, my day seems to get off to a rocky start.

So why disrupt something that works? Well, that one cup of coffee was turning into two, and usually followed up by an afternoon cup. I was feeling tired. And with Brandon's health temporarily on the decline, I decided I needed to shake things up a bit. I wanted to see how we'd feel if we took out certain things from our diet (coffee, alcohol, sugar, dairy, gluten, red meats) and instead loaded up on veggies, fruits, grains, and legumes.

We already eat a pretty healthy diet, but I figured a week-long cleanse wouldn't hurt. Out of everything I was eliminating, coffee was definitely the hardest - I needed something to give me a big energy boost in its place. I wanted to make green juices, but we don't have a juicer. So I thought, why not make a green smoothie in the blender? I'd seen something once about it on Dr. Oz - I checked out his recipe and then sort of created my own version with kale, spinach, cucumber, celery, parsley, lemon, pear, and apple (I don't put ginger in mine, but you could certainly add some).

Though I loved the idea of drinking my veggies at the top of the day, I wasn't prepared for just how good it tasted – and how great I felt afterwards! Starting the day off with a green smoothie sort of calibrates your body to make healthier food choices for the rest of the day. As in, you'd be unlikely to drink a green smoothie and suddenly start craving fried chicken or French toast. I played around with the proportions and the recipe below is just right (for my tastes). Slightly sweet, a little tart, and packed with all the vitamin goodness from the leafy greens. And it's so packed with fiber that it really fills you up for a couple of hours. Don't be daunted by the prep involved - once I had done it for a few days, I had the whole routine down to a 10 minute process. If you want to make it really quickly, have everything washed and cut the night before. Then just pop all the prepped ingredients in a blender the next morning and enjoy!

My week without coffee wasn't exactly easy, but the addition of the green smoothies certainly helped. I'm back to drinking coffee again (thank goodness!) but I've noticed I don't crave it as much. What I am craving, however, are the green smoothies and how good they make me feel. Though I don't have time to make them every day, I'm still planning to make them a few days a week for an extra morning boost. Especially with cold and flu season coming up, I have a feeling that these are going to be my secret weapon this winter. Give it a try and let me know what you think!

On a rainy, windy day like today - you know, the type of day where a major hurricane is heading your way - all I want to do is cook. Maybe it's just a nesting instinct, or maybe it's my desire to maintain some order when the elements are clearly out of my control. On a day like today, I want to make a big pot of soup or chili, or simmer a tagine in my Le Creuset, so that the entire apartment smells like fall. Today I'm craving comfort foods - roast chicken, butternut squash soup, pasta... 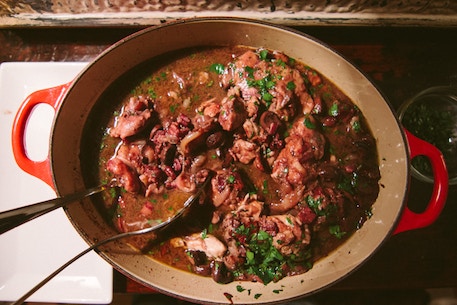 Is it really December again? Maybe it's because we spent Thanksgiving eating empanadas south of the Equator, or maybe it's because it's been a balmy 60 degrees in NYC, but the fact that Christmas is a mere three week away comes as a complete shock to me. I absolutely love this time of year, but I feel like I didn't get a chance to mentally prepare. We got back December 1st, and the season was already in full swing: the city ablaze with lights, and every shop and restaurant decked out in their...