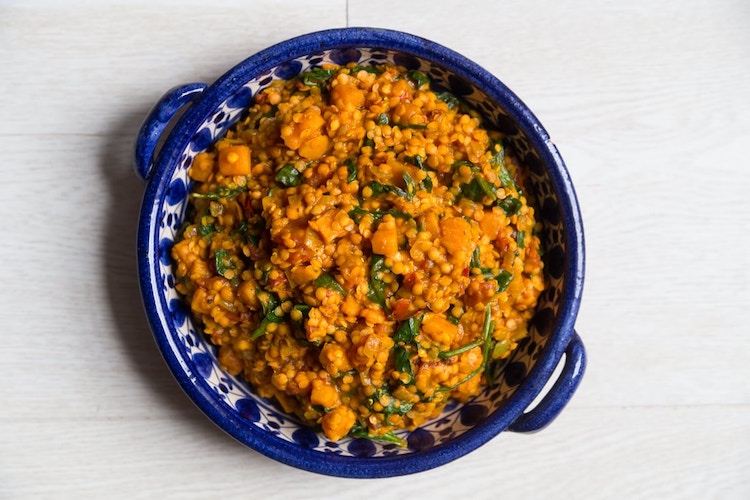 How is it already May?!?! Is anyone else scratching their head and asking, "Where did this year go?!" It seriously feels like it has FLOWN by. Funny to think that exactly one year ago today, I was hosting a dreamy spring dinner party with ABC Carpet & Home (styled by my dear friend Jenn Elliott Blake) at DRIFT Studio, to announce the upcoming Yellow Table cookbook road trip/Kickstarter campaign. I really think that was one of my favorite nights of all time. And I can't believe all that has happened since then!

Coming off such a busy, exciting 2014, it's hard not to put a huge amount of pressure on myself to try and accomplish as much – or more! – than I did last year. Even though it was an incredibly rewarding year, I pushed myself to the point of exhaustion repeatedly, and the workload (and my frazzled state) took a toll on some of my closest relationships. This year, I've intentionally tried to take it easier. To work a bit less, spend more time with the people I love, and to be very selective about what projects I take on. Last week in Nashville, I took time to do things that I love – like going on hikes, spending time with my family, and cooking dinner for friends. I sometimes feel like a slacker, though – like I'm not doing enough, or accomplishing enough. (My blog numbers should be higher! My social media following should be growing! I should be making more money!) But I'm trying to respect that there's a rhythm to life's seasons – there are times to really push, and times to take a step back, rest, and enjoy. It's going to get increasingly busier this year as the book release gets closer, but I'm glad I've eased into the year. 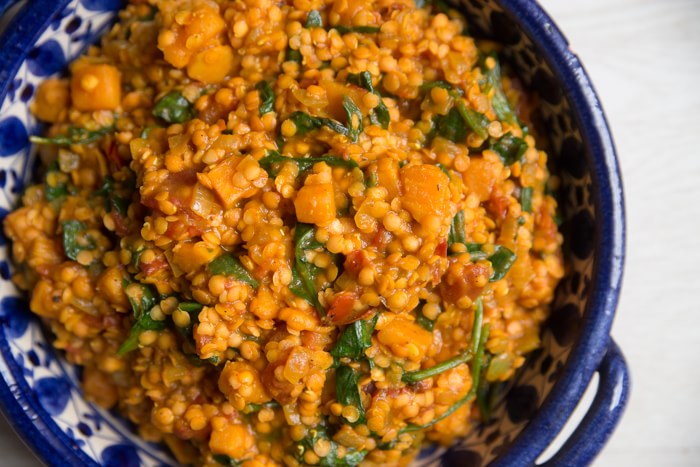 But enough musing, already – I've got a great new recipe to share! To go along with the fluffy homemade naan recipe I shared on Wednesday, I created a spicy Indian dal (essentially, lentil stew). I've never been to India, so this is completely my own made-up version of dal. I used tiny "crimson" lentils from my Quinciple box, tomatoes, diced sweet potato, and spinach. It's super-flavorful, healthy (vegan, in fact!), and easy to make. And an added bonus: it actually tastes better reheated the next day! So make a big pot on Sunday (and some naan, of course), have it for dinner Sunday night and take the leftovers to lunch on Monday or Tuesday. (Insert high five emoji.)

Have a great weekend, friends, and see you all Monday! 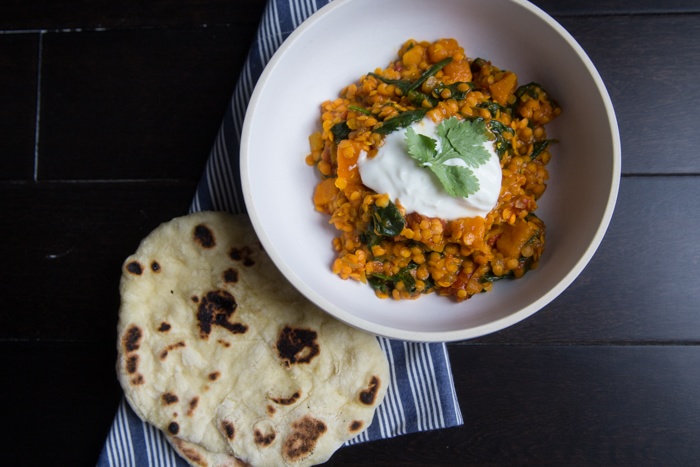 Hi friends! After a busy week in Nashville, I'm back in NYC and I couldn't be happier. Today is one of those dreamy spring days where the sky is bright blue, the sun is shining, and all the cherry blossom trees are in full bloom. We're talking cotton-candy colored trees everywhere. Tulips and daffodils are at their peak, and winter-hardened New Yorkers are walking around with actual smiles on their faces (can you believe it?!). Everyone's sitting outside, soaking up the sunshine – you'd kind of... 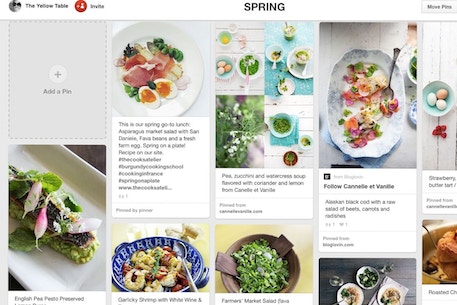 Hi friends! I hope everyone had a wonderful weekend. I don't know about you all, but when this glorious springtime weather hits, all I want to do is be outdoors. Yesterday, in particular was perfect, with blue skies, sunshine, and weather in the upper '70's. B and I decided to take a walk to Brooklyn (intending to be gone just a few hours), but ended up walking over 8 miles! After brunch in Boerum Hill, we wound up in Prospect Park, on a blanket with a bunch of friends and an impromptu picnic...