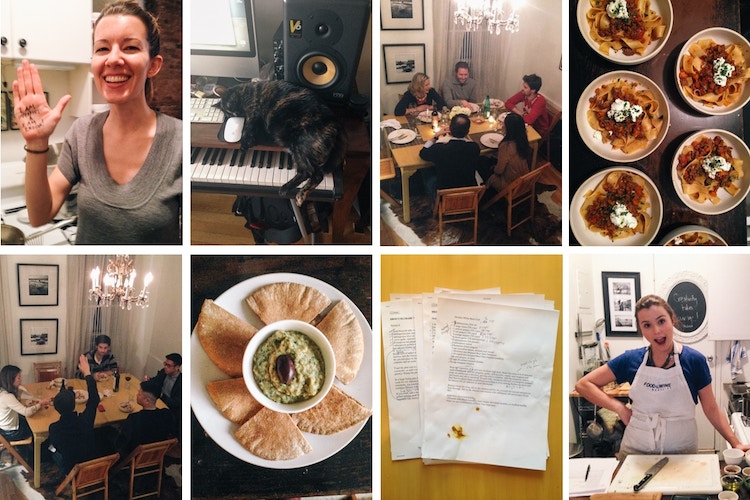 Day 61: A Cookbook Update (+ learning to be kind to myself)

It's been awhile since I've really filled you guys in on the knitty-gritty of what's going on with the cookbook, so I figured it was time for an update! The pictures above aren't Signe-quality, they're just some Instagrams I took over the last week with my phone, but they definitely depict an accurate (often messy!) view of life in the midst of the cookbook-creating process.

So many things are happening right now, and I confess, I'm not always the best time-manager. Over the next 7 weeks, my goal is to finish testing and shooting the remaining recipes in the book, plus blog daily and continue to do freelance projects to bring in some income. This is a challenge time-wise because the testing and the shooting have to happen on separate days (meaning double the grocery shopping and double the cooking). Why? Because recipe-testing is an exact science – everything has to be weighed, timed, and measured exactly, with detailed notes. Shooting, however, is all about speed – we're rushing against the clock, trying to cram in as many recipes as possible during daylight hours. On testing days, time is spent on precision and accuracy; on shoot days, time goes into styling and tweaking to get the perfect shot. The two processes are totally different, but equally important.

The past few weeks have been dedicated to recipe-testing, but tomorrow is our first shoot of 2014! We took a few weeks off over the holidays, but I'm so excited to work with Signe again. Though the photo shoots are a blast, they're also a ton of work. Each one involves a full day of prep (including grocery shopping, cooking, and picking up props), a full day of shooting, and at least half a day to clean up and return props. On a really good shoot, we'll make it through eight recipes (though six is more likely). So that's about 24 hours of work to get eight really good shots!!! (By the way: a big part of why this process is so time-consuming is that we're shooting it all in my little walk-up apartment, and I'm doing all the shopping on foot. The time-table would all be totally different if this were being done in a surburban setting, with an actual studio space, a big kitchen, and a car! But then it wouldn't be nearly as exciting... :)) 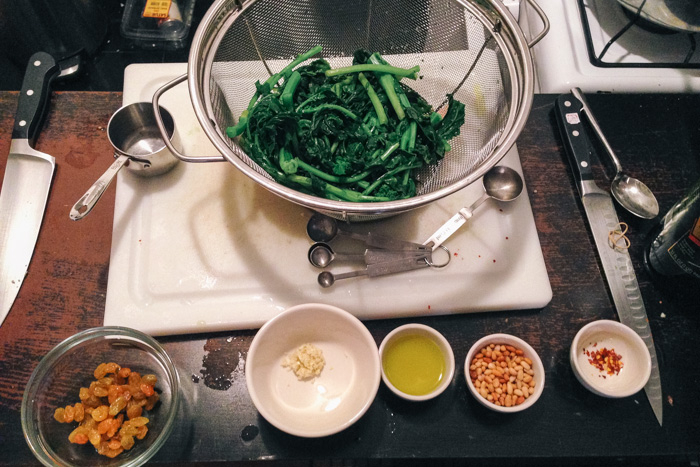 One of the perks of doing so much cooking, however, is that I have a ton of food to share. We've had friends over numerous nights so far this year to help us eat the food I'm testing (yay for midweek dinner parties!), and the rest I give away. Nothing goes to waste, and it makes me so happy to be able to bless others with a homemade meal.

The further I get into this process, it's become abundantly clear to me that I need a literary agent. Someone who believes in me and my project, who can help me craft the best possible proposal, and then shop it around to the right publishers. The good news is that I think I've found the one (!!) but I can't say any more until things are finalized. But suffice it to say, good things are in the works!

Though I'm pushing hard to make my March 11 goal, I'm also learning to be kind to myself, and to take each day as it comes. I'd rather enjoy the process and push back the deadline a few weeks, than make my goal and absolutely kill myself in the process. I'm taking an e-course right now on Brene Brown's incredible book The Gifts of Imperfection and one of the exercises we had to do was write the phrase "I am imperfect, and I am enough" on our hand and take a picture (see above!). It's a great reminder whenever I'm beating myself up for feeling behind, or unorganized, or not doing enough to look at the picture and repeat the phrase back to myself: I am imperfect, and I am enough. Phew!

This 100-day cookbook experiment has been such a learning process for me, and I have no idea what the outcome will be. But I do know that going down this path has been one of the most exhilerating experiences of my life, and one of the best parts of the journey has been connecting with so many of YOU. Thank you for sharing your stories with me along the way, and for offering such amazing encouragement. I couldn't do this without you all!

P.S. A note to all of my amazing recipe-testers: my goal is to start sending out recipes for cross-testing next week. So stay tuned...and thanks for your patience!! 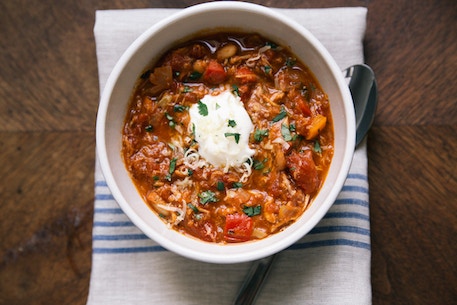 Happy Monday! When the weather is this freezing – it's not breaking 30 degrees in NYC for the next four days – all I want to do is make a big pot of chili, invite some friends over, and watch a movie. (If I were a football fan, I'd say watch a game, but I'm not – so chili and movie, it is!) Given that I'm already in the chili-making mode, I was thrilled when Muir Glen Organic asked me to develop a recipe for their Chili Roundup Sweepstakes. Here's the deal: every week for the next month... 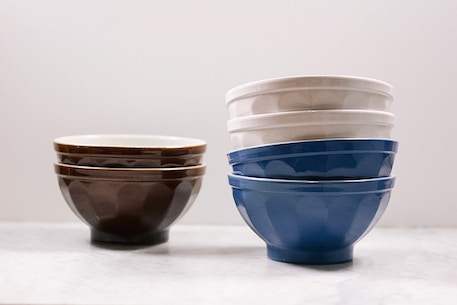 As you all know, I'm a huge fan of France. And food. And I especially love meeting people who are pursuing dreams that include both. (See: The Cook's Atelier.) So when fellow francophile Adrianna Fie emailed me recently asking if she could send me a few items to try out from her newly opened online cookware store Flotsam + Fork, I was intrigued. (And of course I said yes!) After completing her masters in Food Studies at NYU, Adrianna moved to Madison, Wisconsin (where she currently lives) to...