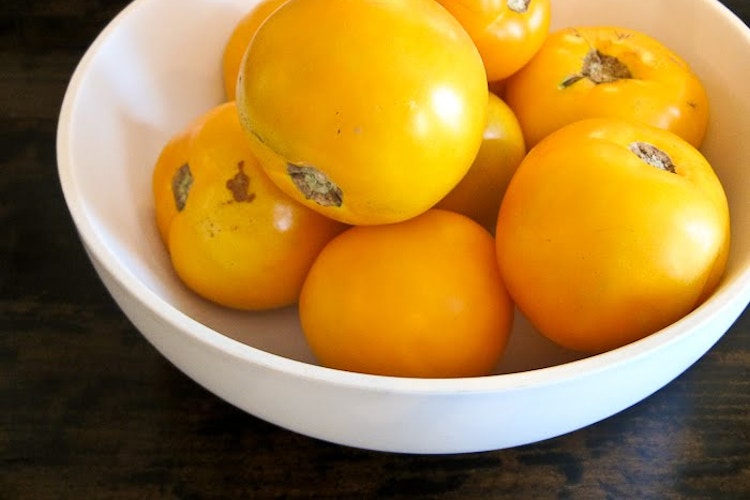 As you can tell from my previous post on heirloom tomatoes, I’m clearly a fan. AND given that it's early September, our days are numbered to enjoy these beauties. But if I had to pick a favorite, I’d confess that I especially love the bright yellow ones. Slightly sweeter and less acidic than their red brethren–and only available for a few weeks out of the year–golden tomatoes are fantastic pureed with cilantro, cucumber, and a dash of sherry vinegar into a silky-smooth gazpacho, or simmered with some garlic, onion, and thyme into a golden sauce to drizzle over grilled fish.

The summer I spent working and studying at Chateau du Fey, in Burgundy, France, I had my first introduction to yellow tomatoes. We encountered them at the market in Joigny, and brought them home to make a summery yellow tomato gazpacho, inspired by a recipe from one of my all-time favorite cookbooks: Suzanne Goin’s Sunday Suppers at Lucques (Knopf, 2005). The summer was blazing hot, with highs in the upper 90’s, and we had no air-conditioning. Just the thought of turning on the oven made us sweat, so we stuck to cold dishes. The yellow tomato gazpacho quickly became a favorite–cool and refreshing, and chock full of vegetables and herbs, it was one of the few things we actually enjoyed eating in the heat. 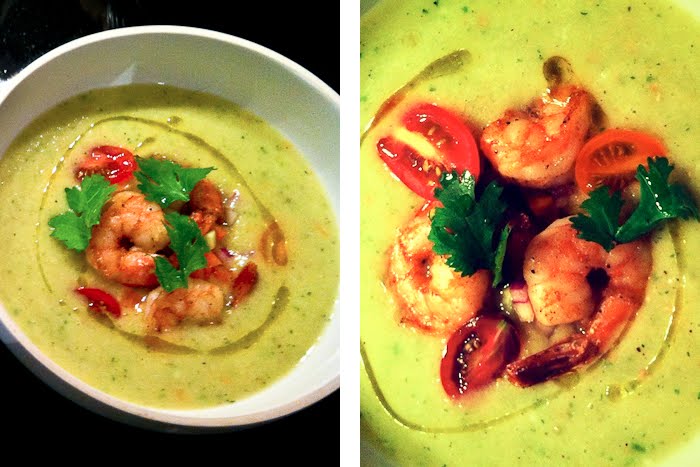 Five years later, I’m still making the soup, albeit with a few small changes. I do think it’s a good idea to blanch and peel the tomatoes as Goin’s recipe recommends, though I don’t bother straining it at the end; I like some texture to remain. I’ve swapped out the red wine vinegar for sherry vinegar, and I love adding thinly sliced radishes as a garnish. And last, if I’m serving this as a main course, I like to add a few cumin-rubbed grilled (or sautéed) shrimp to make it a bit heartier.

Beyond being healthy, delicious, and hyper-seasonal, I love this dish because it is perfect for entertaining: everything can be made totally in advance, chilled, and assembled at the last minute. And because it’s so beautiful with all its colors and garnishes, you’ll be guaranteed to get oohs and ahhs from your guests.

½ jalapeno, seeded and cut in half

Cut an “X” in the bottom of each tomato with a paring knife. Blanch the tomatoes in boiling water for 30 seconds to a minute until the skins begin peeling away. Remove the tomatoes with a slotted spoon and plunge immediately into a bowl of ice water. Cool the tomatoes for a few minutes, then use your fingers to slip off their skins. Remove the cores, then cut the tomatoes in half and squeeze the juice into a large bowl. Coarsely chop the tomatoes and place them in the bowl with the juices, pouring in any extra juice from the cutting board.

Carefully dice about three tablespoons’ worth of cucumber for garnish; set aside. Peel the remaining cucumber and coarsely chop; add to the bowl with the tomatoes.

Add the jalapeno, cilantro, garlic, red wine vinegar, and olive oil and gently stir to combine. You will need to blend the soup in two batches: Place half tomato mixture into the blender with a teaspoon of salt and some peppers. Pulse on low to break down the ingredients, then puree on high until smooth. Pour into another large bowl, and repeat with the remaining ingredients. Taste the soup and season with additional salt and pepper if necessary. Cover tightly and chill for several hours.

Prep the garnish ingredients and set aside.

Place the shrimp in a medium bowl with cumin, cayenne, garlic, and olive oil. Stir gently with a plastic spatula until the shrimp are coated. Season on all sides with salt and pepper.

Grill or sauté the shrimp for about 3 to 4 minutes or until pink on all sides and beginning to curl. 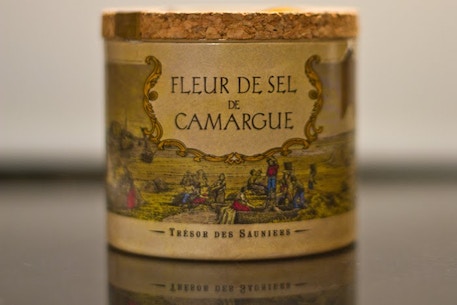 You may be wondering what exactly fleur de sel de Camargue means, and why it's a secret weapon. Well I'm glad you asked. First of all, fleur de sel (literally translated "flower of the salt") is a top-quality sea salt that is hand-raked and harvested in France. Specifically, this sea salt comes from the Camargue, a wild, marshy area in the southwest corner of France known for its rice, its horses, and–you guessed it–sea salt. Fleur de sel's coarse granules are incredibly flavorful and have a... 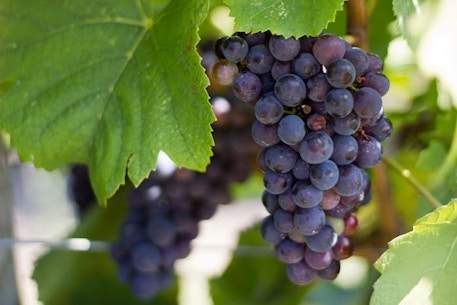 A few years ago, a vacation to Northern Michigan wouldn't have even crossed my mind. Though my brother went to college in Grand Rapids, and I've visited Brandon's family in Kalamazoo many times, I'd always thought of Michigan as a place to visit people. Not so much a trip as a reunion. But then recently I started hearing about Traverse City, dubbed "an up-and-coming foodie spot," way up the mitten on Lake Michigan. I read in Bon Appétit that Mario Batali had a summer home nearby on Leelanau...