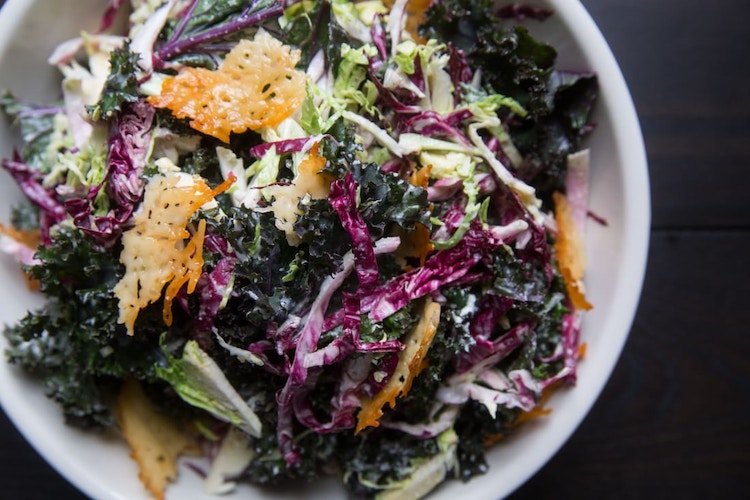 After two weeks of birthday celebrations – first Brandon's, and then mine – I've been craving vegetables. Specifically dark, leafy greens like kale. I wanted to create a salad that was super-healthy, but still substantial enough to call dinner. We recently got a Sweetgreen in our neighborhood and it's inspired me to step up my salad game. If you're not familiar with the Sweetgreen chain, they're pretty much the best salad spot on the planet. (And no I'm not being paid to say this – I am truly obsessed.) 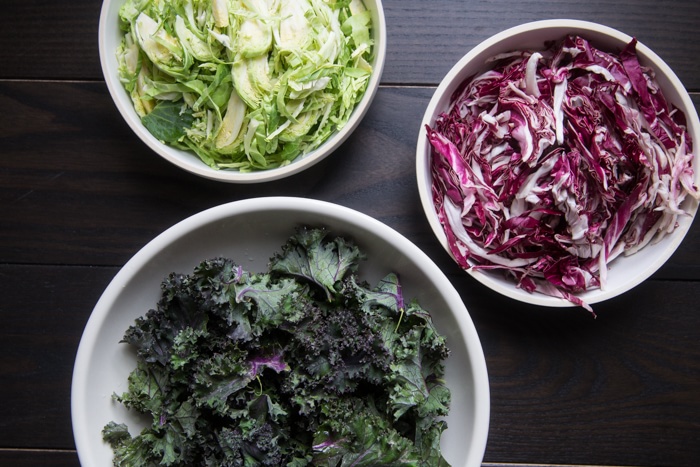 They use ingredients sourced from local farms and create incredible combos of grains, veggies, nuts, cheeses and fruits (and shrimp or chicken, if you like), tossed with delicious house-made vinaigrettes like miso sesame ginger, cucumber tahini, and carrot chili. (Their lentil soup is also out of this world.) But there's one salad that I keep coming back for again and again: their kale Caesar. It's got a crunchy mixture of Romaine and kale – which stands up perfectly to the creamy dressing – plus grape tomatoes, a squeeze of lime, and the most addictive Parmesan crisps. 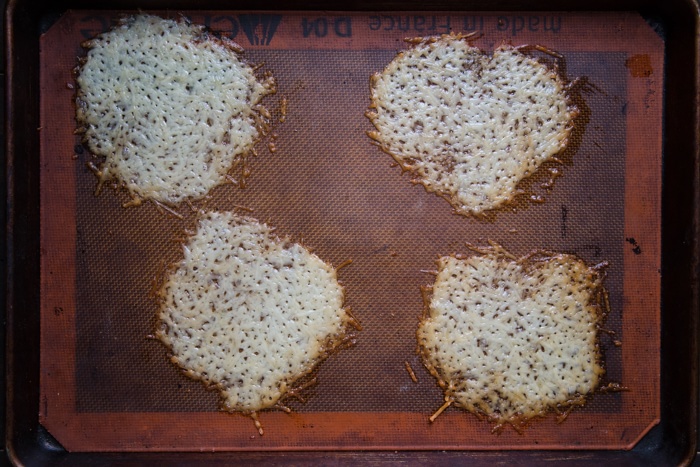 I decided to recreate a similar salad at home, but of course, I had to put my own spin on it. Instead of tomatoes, I opted for shaved Brussels sprouts and thinly sliced radicchio, and lightened my Caesar dressing by making it with 2% Greek yogurt rather than the typical mayo and/or egg yolk. I swapped the lime squeeze for lemon, but the Parmesan crisps – made by baking freshly grated Parmesan on a Silpat-lined baking sheet – remained (obviously).

Without further ado – just in time for Meatless Monday – here's the recipe! 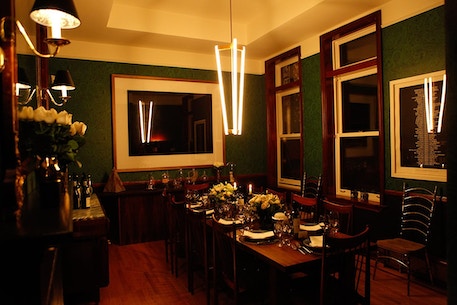 An End-of-Winter Feast (+ a new column in Saveur!)

Happy Friday friends! What a whirlwind of a week it's been. I flew back from Nashville early Monday morning, and have been busy finalizing the details on an exciting book development (cannot wait to share more soon!!). Then, Wednesday I turned 35 (!!) and Brandon planned an all-day scavenger hunt full of surprises that left me feeling like a million bucks. (More on that later, too!) And then yesterday, I launched a new entertaining column for Saveur! I know that's a lot of exclamation points in... 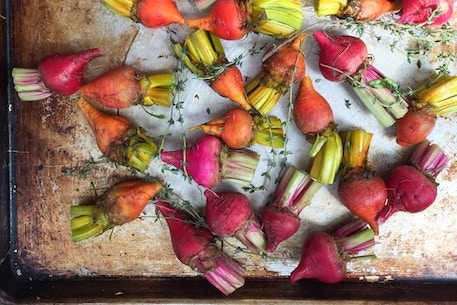 Happy first day of Spring! Not that you'd know it here in NYC. It's cloudy, cold, and snowing. Seriously?!?! I moved here 8 years ago on St. Patrick's Day, thinking that by mid-March I'd have safely avoided the winter. Nope – there was a foot of snow on the ground. Now, after 8 winters here, I truly know how cruel March can be here – we're still bundled up in coats and hats while the rest of the country is enjoying sunshine and blooming trees. Alas. We still have April! Though we don't have...