Well, so much for summer being over! It's been extra-hot and sunny this week in NYC, so I've got the A.C. on, and am trying to savor all my favorite summery foods – like this lemony pesto spaghetti – for at least another week or two. After the long winter we survived earlier this year, I'll take another few days of summer any day.

I love making homemade pesto, but I've discovered that adding in freshly-squeezed lemon juice and grated zest takes it to a whole other level of goodness. I first created this pesto spaghetti last summer, tossing in some brightly colored cherry tomatoes and some barely-blanched haricots verts (a.k.a. skinny green beans) for a little crunch. I love this dish so much – not only because of all the bright flavors and colors, but because it's so easy to make ahead. I love eating this dish at room temperature, or even chilled on a hot day. I made this spaghetti as a starter for my Nashville dinner party in June – an Italian feast at the Peter Nappi studio – and it was a huge hit. There was a pretty foodie crowd there: I figured if both chefs and Italians liked it, it had to be a winner.

Last night, we were supposed to have two friends over so I made a pot of this for dinner. At the last minute, one friend couldn't make it, so we ended up having a bunch of leftovers. But as luck would have it, another good friend of mine texted later in the evening to see if we were home. She was with three other friends, they were in the neighborhood, and they were all hungry. This might be annoying to some people, but I truly love spontaneous visitors! (As long as my apartment isn't too messy!) I told them to come on over, and quickly tossed the leftover pesto pasta back into the pot, mixed in some plain cooked spaghetti (the recipe calls for 12 ounces and I had cooked 16, so I had extra), and added in some olive oil, a little lemon juice, a few more tomatoes and grated some more cheese. And voila! The leftovers were suddenly extended into four bowls of pasta.

We all sat up on the roof eating, talking, and drinking rose until far later than we should have. But it gained us another day of summer. Definitely worthwhile. 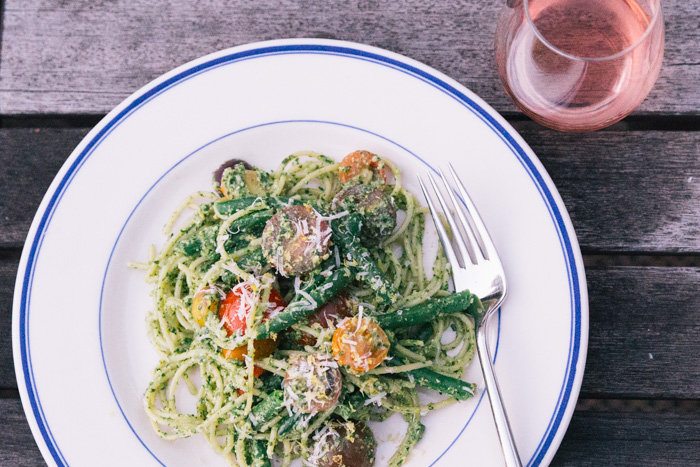 I hope you manage to make this before the weather turns cool, for one final summer hurrah! 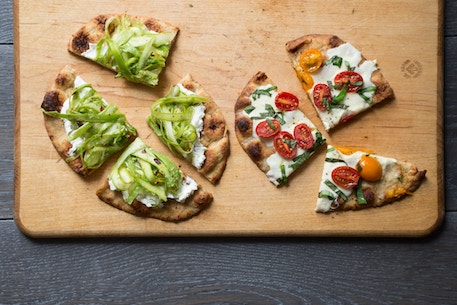 Hi friends! I hope you all had a fantastic Labor Day weekend! Though I have work up to my ears right now, finishing up the seemingly endless last-minute details on the cookbook, B and I took some time off this weekend to spend with good friends – both in and out of the city. We took the train out to Long Island one day, and our friends took us out to Fire Island on their boat for a leisurely picnic and a day on the beach. It was seriously about as close to heaven as I could image. White sand... 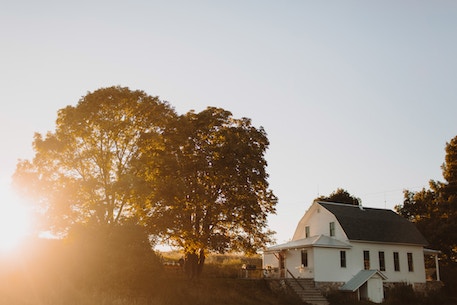 Happy Monday! Hope you all had a great weekend. After 14 hours of travel yesterday, we finally made it to one of the most beautiful spots in the country: Traverse City, Michigan. We come here every year for our anniversary, and it's quickly become my favorite week of the year. Normally we fly right into Traverse City, but yesterday, we had to reroute our entire trip after our plane's tire popped on the runway as we were taking off. Talk about a scary moment...we were speeding up to take off and...