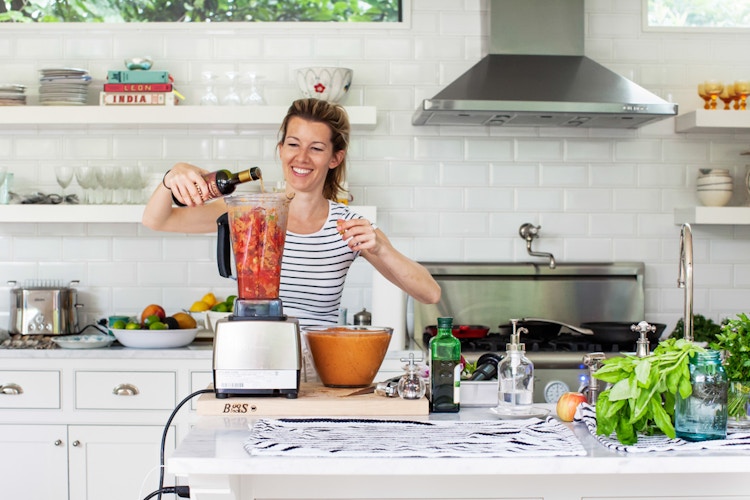 Happy Monday everyone! I hope everyone had a great weekend. Ours was pretty low-key, which was really nice. I made dinner on Saturday for some friends who just had twins (!!) – we took the meal over and ate at their house. I can't imagine how dramatically life would change with one baby, much less two at the same time. They said that was their first homemade meal in 3 months! Made me happy to be able to bless them in that small way - cooking is truly my love language.

Most of you probably realize this, but these pictures were NOT taken in my kitchen. (I wish!) These were taken in my friend Jeanine's beautiful Austin home, i.e. the creative hub of her blog Love & Lemons. You may recognize the space by now from my Austin dinner party post and last week's peach blackberry crumble recipe. Jeanine and her husband Jack snapped these pictures while I was prepping for our dinner party there in June. Side note: my tiny kitchen – all 48 square feet of it – was featured last week on Tasting Table! (Read the story if you want to know how I function in such a limited space.) 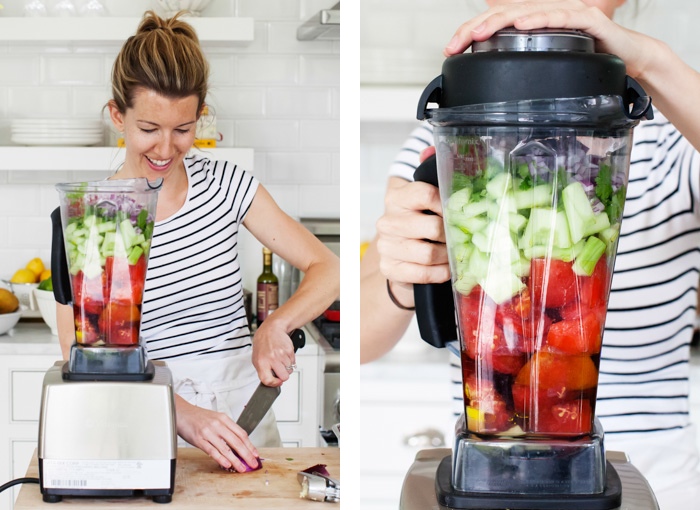 For our Austin dinner party, I made gazpacho from the beautiful heirloom tomatoes we found at the farmers' market there. Lucky for me, Jeanine had a Vitamix, which made for an extra-creamy gazpacho. (You don't have to have a Vitamix, though – I make mine in a pretty standard blender.) During the hottest months of the summer, this chilled soup – packed full of vegetables and bright summery flavors – is one of my favorite things to make. It's so easy, so pretty, and really healthy to boot. And, given you can only make this a few months out of the year, now's the time to enjoy it.

Many gazpacho recipes require peeling tomatoes, but I find that it's fussy and time-consuming. Instead I puree them with their skins on and just strain the mixture afterwards to get rid of the skins. So much easier that way! I also add some mango as a garnish, to add a touch of sweetness to it. Jeanine shared my gazpacho recipe on Love & Lemons last month, so I figured I should share it with you all as well. And: spoiler alert, this will be in the cookbook as well, accompanied by Signe's lovely image below. 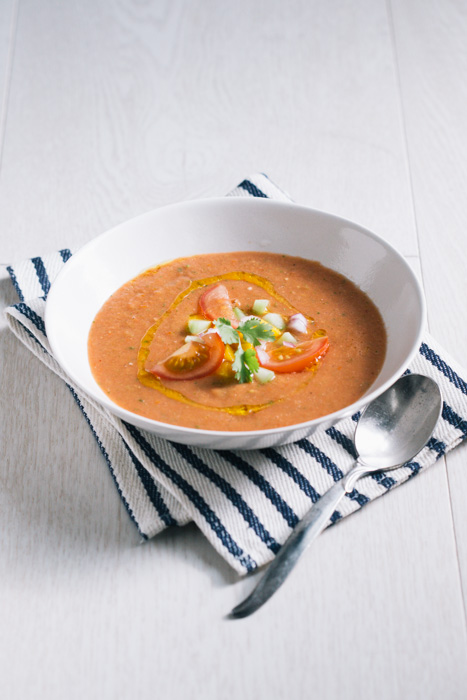 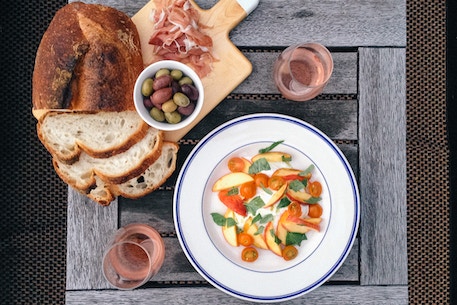 It's the Little Things...

Today is August 1. One more official month of summer (can this really be possible?!) and I am craving simplicity. Hammocks and books and beaches and simple suppers of garden produce and long walks and swimming in lakes. Given that I'm in the final stretch of book writing and production, that's not exactly in the cards for me anytime soon, but I am trying to infuse my day-to-day with little tastes of these simple pleasures. Like a run in the park. A Sunday morning spent drinking coffee and... 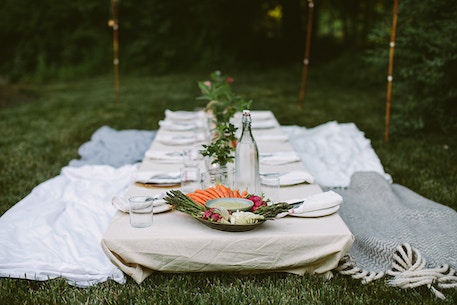 Tasting Table: How to Throw an Outdoor Dinner Party

One of the great things about writing an entertaining column for Tasting Table is that I don't have to have all the answers. Some topics (like "How to Plan a Perfect Menu" and "How to Entertain in a Small Kitchen") I can write with my eyes closed, but other topics – like cocktails or floral design – I prefer to weigh in with the exerts. Today's column is all about outdoor entertaining, and I don't know anybody who does a better job of this than my friend Megan Gilger. Megan – the blogger...