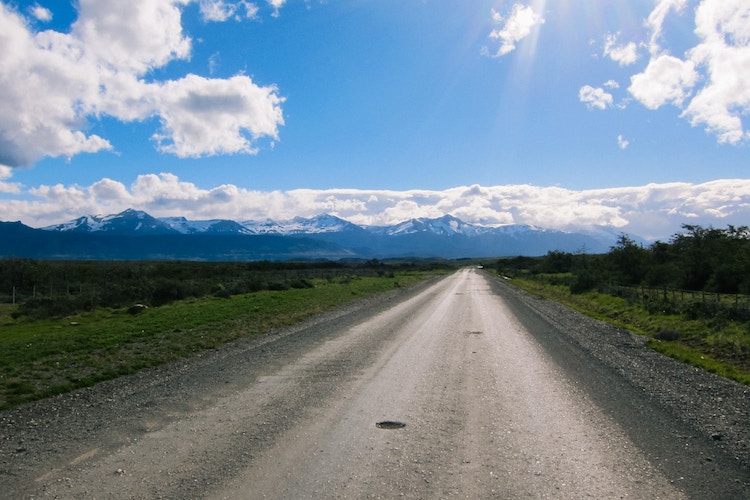 If dreaming were a job, I'd easily be a millionaire. As a child, in lieu of TV, I spent hours reading, losing myself completely in fantastical worlds, or dressing up in elaborate costumes and playing make-believe games with friends. I've always loved the idea of limitless possibility – of wide open roads, of vast ocean views, of mountain ranges where it seems there's no beginning and no end – and the idea that you if you can dream something you can do it. My favorite saying as a child was (and still is): "You never know what a day will bring..." I hope I never lose that sense of wonder and expectancy. It's very central to who I am, and it's something that makes life feel magical - even in the midst of hardship. 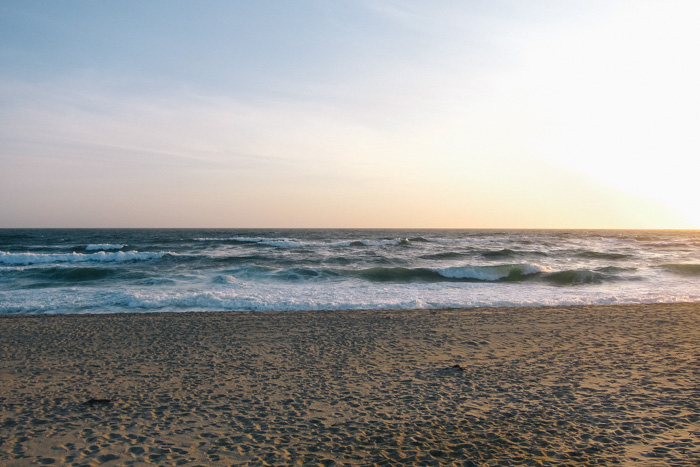 At the same time, this penchant to dream has been my Achilles' heel. I have a hard time committing to any one path, for fear of missing out on other opportunities and many of my dreams never see the light of day, because I don't take the first step towards making them a reality.

At least once a week, I come up with an idea that (to me) seems so brilliant that I'm fairly jumping out of my skin wanting to share it with the world. Usually I jot down the basic elements of the idea, start doing research to see if anyone else has done it, and tell Brandon every last detail, hoping he'll be equally excited. Being the great husband that he is, he listens and (almost always) shows enthusiasm. But he's a numbers guy and jumps right into the nitty-gritty, asking tough questions about time, money, and logistics, wanting to know my plan of action, and the sustainability of the project. These conversations – meant to sharpen my resolve and help put wings to my idea – usually result, sadly, in my idea being shelved.

You see, dreaming's easy. It requires no effort, and it promises everything. Making those dreams a reality, however, is the hardest thing in the world. It takes work, discipline, and sacrifice. It takes a plan, and a commitment to see the plan through to the end – whether that means success or failure. Which brings me to the Fear.

The Fear has talked me out of many great ideas before I've even taken the first step towards putting them into action. The Fear tells me "You don't have what it takes," or "Why even try - there are so many other people doing what you want to do." The Fear tells me, "You are going to fail." So I stay in that comfortable spot at the fork in the road, preferring to daydream rather than take the first step towards seeing an idea through. 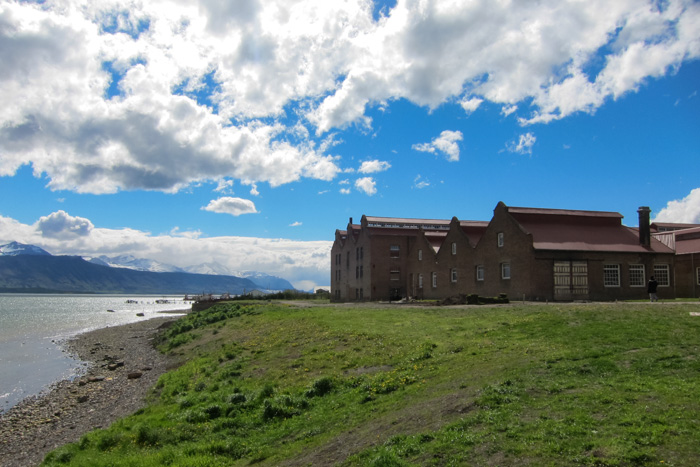 But I'm ready for a change. Maybe it's because fall is nearing, or maybe it's because I realize my DPC (days pre-children!) are numbered, but I'm ready to bring some focus to my career. I love all the things I'm doing (i.e. cooking, recipe-testing, food-styling, writing, blogging, traveling), but I'm forcing myself to answer tough questions like: what do I want to be doing a year from now, or five years from now? Where do I want to focus my energies? How can I use my gifts and abilities to make a difference in the world? For the first time (maybe ever) I'm writing out my goals, and have begun to map out some of the steps necessary to get there. I'm also reminding myself that I don't have to be perfect! I'd rather fail going after something I believe in, than never trying at all.

And guess what? This process – though scary at first – has been really freeing! Saying no to certain things in my life is giving me more energy to pour into the areas that matter. Sure, only time will tell if I achieve my goals, but it's empowering to have something concrete to work towards. Otherwise, without a destination in mind, how do you ever know if you arrive?

Nothing of significance happens by accident. Behind every success story we read about or see on TV, are years of planning, practice, and often-non-glamorous work. Brandon's been a huge inspiration to me these past few months, as I've watched him pour his energy into launching his tech start-up. He's spent hours upon hours coding (talk about tedious!) and crafting algorithms, tweaking designs and working out bugs in the system. The idea that led to his company was exciting, but the commitment and work following that idea have been monumental. I'm so proud of him, and I'm lucky to have a partner that not only pursues excellence in his own career, but who challenges me to do the same. (FYI Brandon recently wrote a great piece for Medium called Dream. Plan. Do. Read it!)

So what is it I'm working towards, you might be asking? I'll be sharing more in the coming weeks, but I'm excited to say you'll be hearing lots more from me on the blog! The Yellow Table is a project that I'm passionate about and big things are in store – stay tuned for more details! I'll leave you with a quote I saw recently that really stuck with me. It said:

I've been making wishes my entire life, but I'm ready to start making it happen. Excited to have you all along on the ride with me. Thanks for your continued love and support! 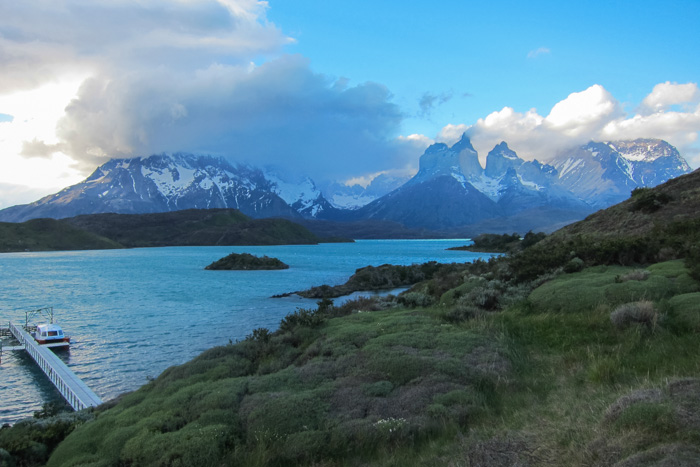 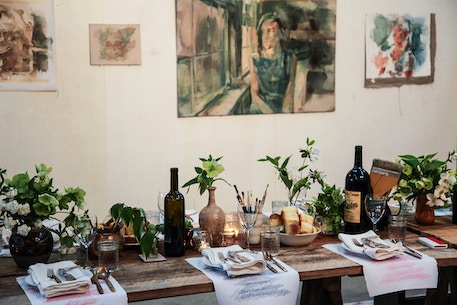 Sunday Supper in the Atelier (featured in Anthology!)

Photos by Amy Dickerson Every once in awhile, the stars align and I'm able to work on a project that I find inspiring on every level. Back in April, I had the chance to collaborate with a dream team of old and new friends to throw an intimate dinner party in my friend Emily Leonard's art studio in East Nashville. The dinner itself was a blast, but even more exciting is the fact that my story about the evening (photographed by the fabulous Amy Dickerson) is currently in Anthology magazine's... 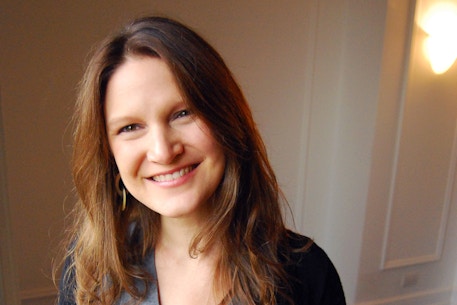 Want to go to South America? Liz Caskey shows us how.

[WARNING: Reading this post will result in extreme travel urges. It may result in you booking a trip to South America. Most likely Chile. Plan accordingly.]Given that I've been thinking a lot lately about making dreams happen, it seemed an appropriate time to introduce you to a truly inspiring friend of mine, Liz Caskey. Liz left a career in investment banking to focus on what she loves the most: food, wine, and travel (you can read about her foodie adventures on her fantastic blog Eat Wine...