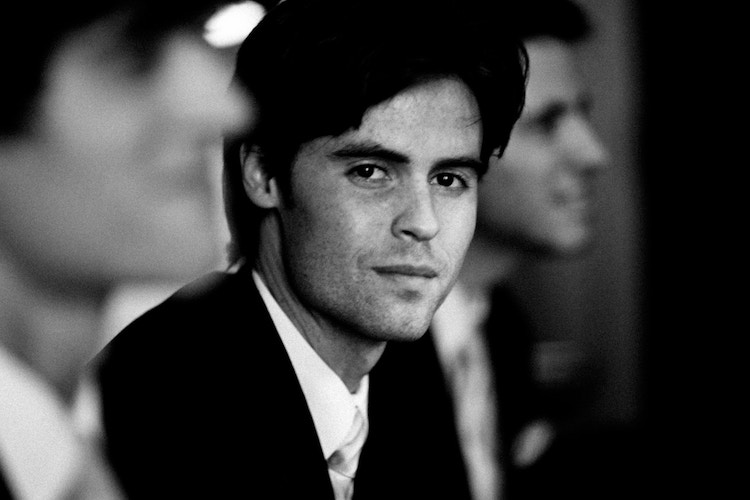 Happy Friday everyone! I'm down in sunny south Florida at the moment – no complaints, given it's like 10 degrees in NYC – spending a few much-needed days with my incredibly handsome husband. (I mean...look at that picture!) It's been a long month apart, and I'm so glad to be back together with my other half. But today's not just any Friday...it's Brandon's birthday! And there's nothing I'd rather be doing today than celebrating him.

As I write this post, B is finishing his last hyperbaric oxygen treatment. He's done 20 "dives" over the past month, which involves being put in a coffin-size glass tube full of pure oxygen for 2 hours. It's supposed to help kill off the Lyme bacteria, and it's why he's down here. I couldn't imagine what exactly this process would look like until I witnessed it myself. The best way I can describe it is this: you know in science fiction movies where they deep freeze people in glass boxes so they stay permanently young? Well that's kind of what it looks like. It's not painful or anything, but it's still a pretty sobering sight to see my husband laying in a glass box.

But if there's one thing I can say about Brandon (and I can say quite a lot!), it's that he's a fighter. I so admire the courage and conviction with which he attacks every challenge in his life, be it intellectual, medical, or personal. Mediocrity is not his thing - he's a man of excellence and perseverance. The things he's had to endure over the years with his health would crush the average person, but my man is far from average. And his faith, coupled with an incredibly supportive community, has carried him through trial after trial with a hopeful heart.

Though B's been gifted with an incredibly brilliant mind (which I love), what drew me to him from the beginning was his heart. His capacity to love fiercely and loyally, to see the best in people, and to give generously of his time and talents to help others achieve their dreams inspires me constantly. Brandon is both creative and and analytical, a thinker and a teacher, a creator and an innovator. I have no doubt he will change the world in big ways, but for now, he's changed mine dramatically. And the lives of many others: friends, family, co-workers, and beyond. The world is a better place with him in it.

I hate the fact that he's having to spend his 33rd birthday doing anything medically-related, but I'm celebrating the fact that today is his last hyperbaric treatment (hopefully forever!). And we're off to Miami this afternoon, where I plan to spoil him royally. He deserves it.

I don't know about you, but by Thursday I've definitely got brunch on the brain. It's one of my favorite meals of the week – a leisurely not-quite-breakfast, not-quite-lunch mid-day weekend feast. It's the perfect meal to host as well, since set-up can be casual, and once everyone leaves, you still have plenty of time left to do the dishes and have a relaxed evening. When I'm creating a brunch menu, I like to make sure there's something sweet, something savory, something salad-y, something... 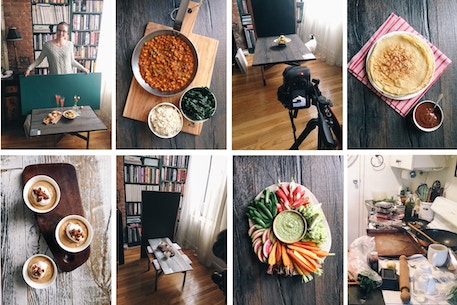 Good morning friends! Hope your week is off to a great start. We just got home last night from Miami and it was quite a shock to go from a balmy 85 degrees to sub-20 degrees when we got off the plane. I apologize for my lack of blog post yesterday, but I decided to soak up every last drop of sunshine before plunging back into the Polar Vortex. It was so nice having a few days of flip flops and sundresses, but it's always good to come back to NYC. I really depend on the energy of this crazy city...