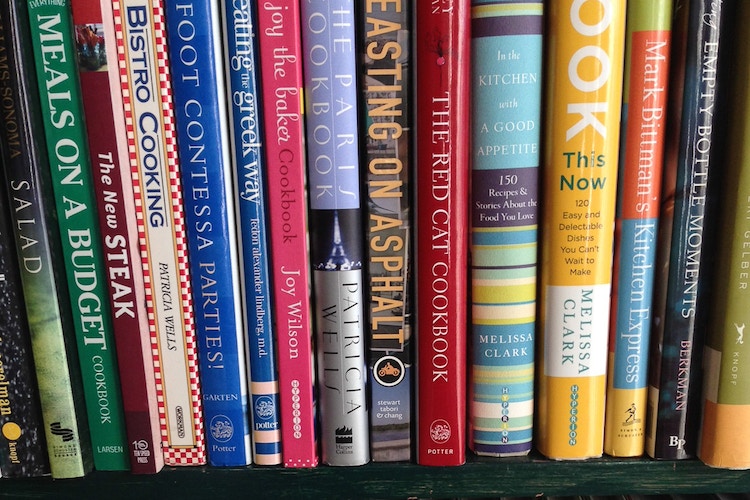 Day 55: The Most Powerful 3-Letter Word.

Last night, over dinner, Brandon shared with me a chain of responses he had found on Quora to the question: "What was the best advice you've ever been given?" There were some pretty standard words of wisdom like: "Attitude counts more than talent," "Don't complain," and "If you want others to take you seriously, you have to take yourself seriously." But there was one phrase that hit me right between the eyes:

"If you don't ask, the answer is always no."

I am convinced that the word "ask" is one of the most powerful words in the English language. This little 3-letter word has the power to open any door – even ones we think are triple-locked – IF we have the courage to knock. I am so terrified of rejection, and yet by not asking, the answer is always no. What I've been reminded again and again throughout my career is that tenacity (maybe even more so than talent) is the key to achieving your dreams. Knock, knock, and knock again. And then knock some more. Maybe you'll hear nothing, maybe the door will open a little and close again, but maybe it will swing wide open. All are equal possibilities, but the more we knock, the more "yeses" we'll get. (The goal, obviously, is to get to the point where people are knocking on your door. But until you're there, keep knocking.) 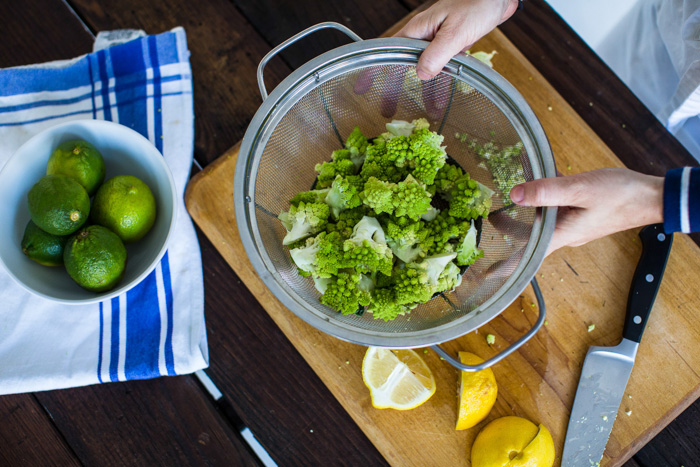 During my time in Iceland, I thought alot about this project – both how far I've come, and how far I have left to go. It feels a little overwhelming, knowing I don't have a cookbook deal, and wondering how I'm going to make my March 11 deadline. I realized that I've spent the last few months focusing on the aspects of the project that I can more or less control: recipe-testing, blogging, and photo shoots (plus some additional freelance work). I feel comfortable doing these things, and honestly it's felt like a full-time job just keeping up with all of that.

But I'm realizing that there are some pretty big things I've avoided doing out of fear. Namely: getting the word out about my blog. Forming strategic partnerships with brands and other bloggers, promoting the project to the media, and taking time to learn new ways to get my readership (and social media) numbers up. These things - to me - are scary, both because of the potential for rejection, but also because they are so far out of my realm of expertise.

But yet, the success of this project depends on me getting comfortable with talking about it, and promoting it (insert cringe here). Over the past week, I read a really eye-opening book on branding and marketing called Brand Against the Machine. It basically dispelled the huge myth I've been operating on, pretty much my whole career: "If you build it, they will come." Wrong! In each of our careers - especially if you're an entrepreneur - it's our job to spread the word about what we're doing. It's not a pride thing, it's a survival thing. And it doesn't matter how talented you are, if you don't knock, the doors stay closed.

So for 2014, I'm taking on a new challenge. I'm getting outside my comfort zone and doing something that scares me every day. Yesterday, I made a list of emails I wanted to send: to people with whom I'd love to collaborate, to publications for whom I'd like to write, and to media telling them about my project. It was terrifying. And yet, hitting send on each one was exhilerating. Because now, the answer isn't a guaranteed no. If I hear back from even one of them, it will be a victory. (I'll update you if I hear anything!)

Will you join me in being brave this year? In knocking on doors you think could never, ever open? Know this: you may not get a response right away. You may get a flat-out no. But seeds will be planted. And you might just be pleasantly surprised. 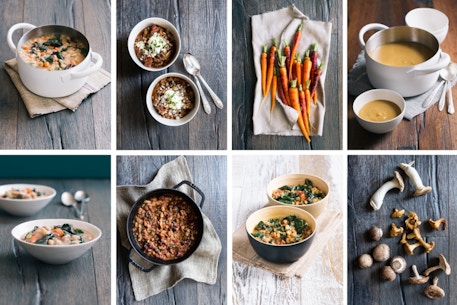 As much as I adore travel, there's really no place like home. It's nice to be sitting back at my computer, catching up on emails, with one of my cats curled up in my lap. Crazily enough, we came home to NYC temperatures that are way colder than anything we experienced in Iceland...go figure! When the weather is this freezing, all I want to eat is soup. I could literally exist off soup and bread all winter long. There are so many great benefits to making a pot of soup: a) it feeds a crowd on...

Day 56: Getting Comfortable with Uncertainty.

{Today's post is dedicated to my incredibly courageous husband, Brandon Carl. I love you with all that I am!} I don't know about you, but I really don't like uncertainty. I'm a planner, and I like to be able to look ahead at my week and my month, and have a pretty good idea of what's going to happen. If anything, my tendency is to overbook my schedule, so there is even less possibility for the unexpected. The more I plan, the more control I have, right?? (Hint: wrong.) It's funny how life has...