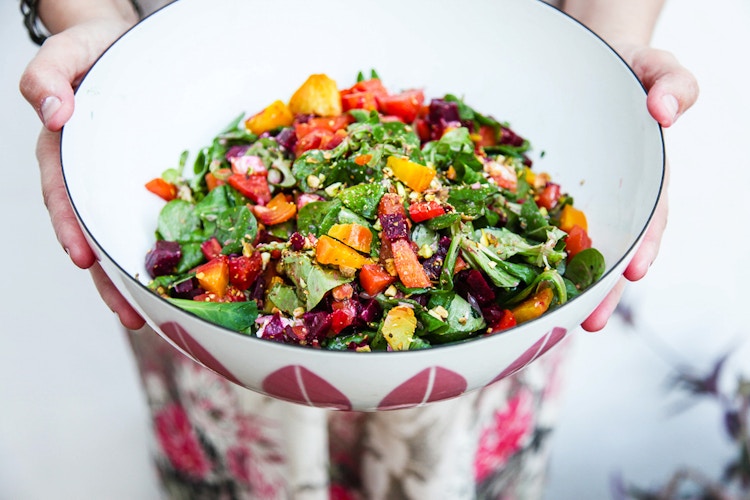 Day 49: The Year of the Dinner Party

At the end of every year, I get really introspective. I like to spend some time thinking back over the past year - both the highlights and the hard moments. I usually go back and read my journal from a year ago, and then reflect on what I've learned. It's a really nostalgic time, and sometimes a bit sad. But I think it's important to take some time to reflect before plunging into the New Year.

2013 was a big year in so many ways. Brandon and I both made big leaps of faith career-wise – he recently beta-launched his wedding technology company Just the List, while I made the decision – as you all know! – to create a cookbook and blog about the process. This was a year of firsts – I had the chance to write stories for magazines I'd only dreamed about (TIME, WSJ, Food & Wine) and got to cook for some pretty fabulous people. (Highlight of the year: when former French Vogue editor Carine Roitfeld came into the kitchen to compliment my boeuf bourguignon!) I had a chance to travel – to France, to St. Martin, to Los Angeles, Raleigh, Nashville, Portland (Maine), Traverse City, and Washington D.C. – and to write stories about many of these places. And my baby sister got married in November! 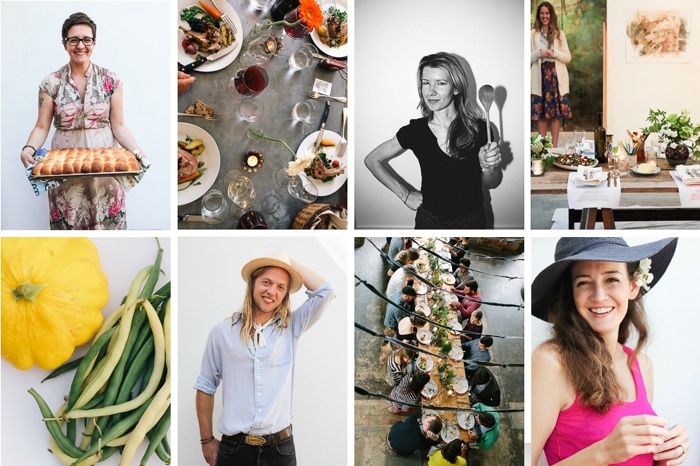 Despite all of the fun and excitement, this wasn't an easy year. We continued the battle with B's chronic Lyme disease, and for whatever the reason (despite seeing the country's top Lyme specialist), he's not getting any better. It's discouraging seeing someone you love so much, continue to suffer year after year. I turned 33 last March, and I had sort of pinpointed this as the year we'd start a family. But given B's health issues, it just hasn't been an option. B's mom, who also suffers from chronic Lyme, found out she had a brain tumor this year and we all flew out to Michigan to be with her during her surgery. By the grace of God, she survived, but it has been a tough recovery for her. We've dealt with other painful moments this year - too personal to discuss. In between the high moments I mentioned above, there have been many tears shed.

But God is good. He promises He won't leave us or forsake us, and He hasn't. And we are also blessed with families who love us, and good friends who serve as "family" in NYC.

As I was thinking over the the year, what really stood out to me as the high points were the times around the table. This was a year of some pretty epic dinner parties, and it made me smile to look back over some of the pictures. Funny, we started out 2013 around the yellow table with good friends, talking about our hopes and dreams for the year; and as it turned out, many of my hopes and dreams were fulfilled via the community I experienced around the table this year. The table (both the yellow table and other friends' tables) was a place of safety, of joy, and of celebration in the midst of a rocky year, and for that I am forever grateful.

It seems that lists are the thing to do at the end of the year, so I'll leave you with a list of my Top 10 Favorite Dinner Parties of 2013. Some of these were at our apartment in NYC, and some were in other cities. One was outside on a farm, one was in an artist's studio, and one was in a chocolate factory. Some parties I cooked for, others' I helped coordinate, and a few I just showed up and ate (and later wrote about!). All of them were collaborative, and each involved some of most creative, wholehearted people I know (Megan Gilger and Jenn Elliott Blake - you all are high on that list!). Best of all, each dinner party was beautifully documented by some of my favorite photographers (see below).

1) The Yellow Table: Ringing in the New Year (NYC)

4) Sunday Supper in the Studio, for Anthology magazine (Nashville, TN)

7) A Chic Soiree with Erin Fetherston, for Anthology magazine (NYC)

Putting this list together and looking over all these pictures again brought back so many good memories, and made me realize once again why I'm doing this cookbook. The table is an anchor, a beacon of light, and a vital element of forming community. May the table be a symbol of hope for you in 2014.

Stay tuned: B and me are heading to the airport in a few hours and tomorrow I'll be ringing in the New Year in another country! Check back in for more details on the blog tomorrow...

Given that we still have a few more days until our New Year's resolutions kick in, I figured now was the time to share my recipe for the ultimate comfort food: an ooey-gooey baked spinach artichoke dip. (Yes, please!!) I made this a few months ago at my sister's Bachelorette Party and not only was the bowl nearly licked clean, I had girls coming up to me two days later at the wedding begging for the recipe. The funny thing was - there wasn't a recipe! I'd just sort of thrown things together and... 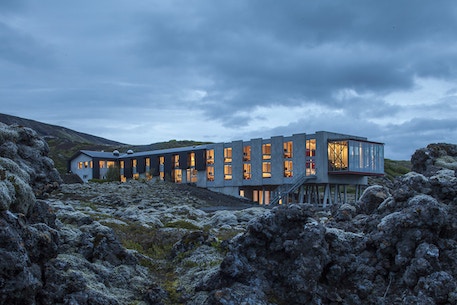 Happy New Year’s everybody!! As you probably gathered from the title of this post (and perhaps from my Instagram feed), I’m ringing in the New Year in Iceland. !!! I’m still pinching myself. This trip was definitely spontaneous – i.e. we just booked our flights a few weeks ago. Basically on Thanksgiving morning, while I was putting the turkey in the oven to roast, B nonchalantly said: “Wanna go to Iceland for New Year’s?” I just about dropped the turkey. I looked over at him to see if he was...