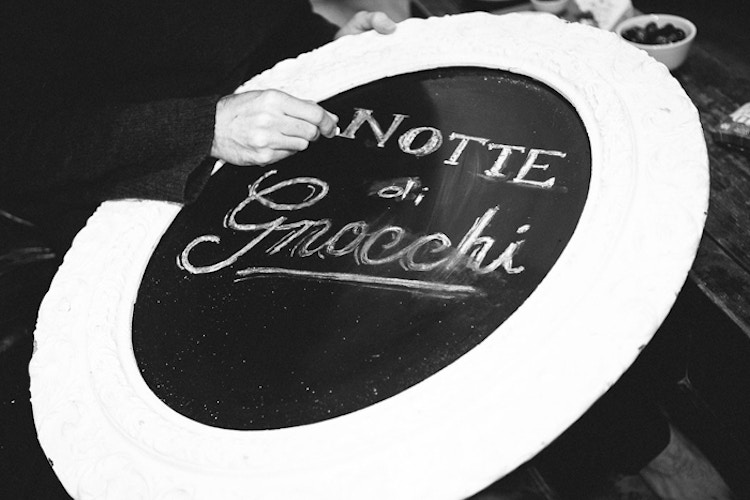 A Night to Remember: Gnocchi Face-Off 2013

You know how I mentioned recently that we've had a few #marchwellness cheat days? Well, this was one of them.

Sunday night I did something I've never done before: I hosted a cooking competition. Specifically, a gnocchi face-off. Now, to some, this might not seem like a big deal. But consider the facts: 4 contestants, 2 judges, 6 spectators, 1 photographer, 2 cats, and a postage-stamp-sized NYC apartment kitchen. Things got a little crazy. But first let me start from the beginning and explain how such an event came to be... 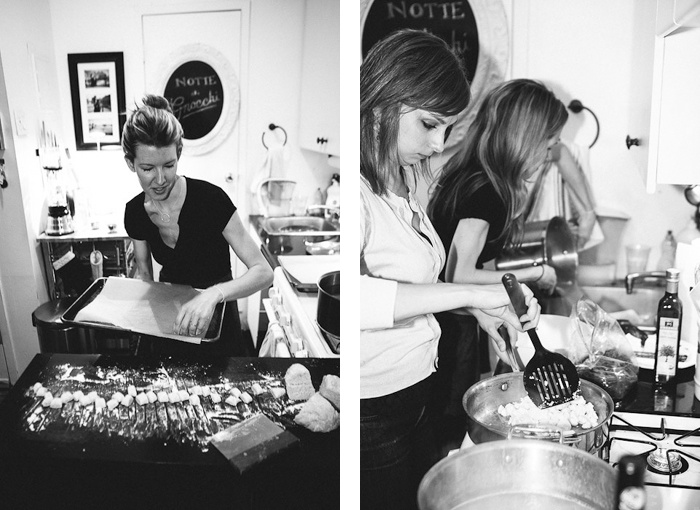 Back in December, I was chatting with a few writer friends of mine (i.e. Jessica Colley, David Farley, and Sarah Amandolare) at a Christmas party and we started talking about gnocchi. (As you naturally do.) The idea for a gnocchi party was born: everyone would make different types of gnocchi and we could all sample each other's creations. The idea lay dormant for awhile until we all ran into each other at an event in February. (At which point Tony Perrottet joined in the discussion.) The subject of gnocchi was brought up again and it was determined that we should actually stage a competition. I believe it was Farley's idea to bring in judges – as in real, live, food editor judges. I volunteered my apartment, a date was set, and judges were procured (Matt Gross from Bon Appetit and Gabriella Gershenson from Saveur). And, as luck would have it, my friend – and favorite photographer – Eric Ryan Anderson happened to be free to come document the evening. Which, as you can see in the images below, he did with panache. 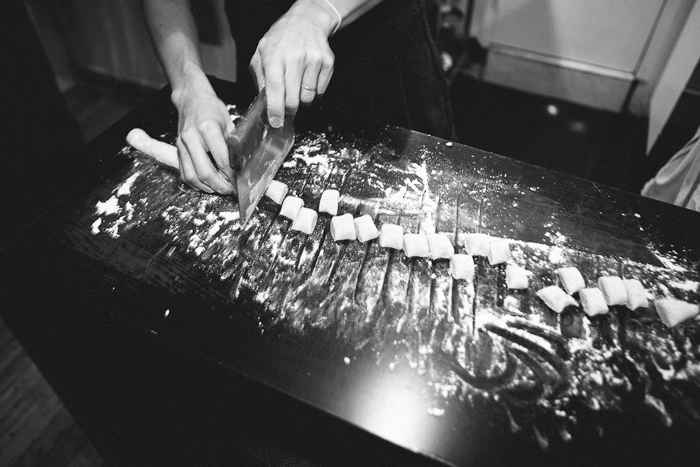 The night of the party, the four contestants each brought their already-shaped gnocchi and their sauce, or sauce ingredients. (I was still making my gnocchi when guests arrived, as you can see in the photo above!) I had two pots of water boiling, and one-by-one, the contestants boiled their gnocchi, made or heated their sauce, and plated their creations for the judges. Everyone else drank Prosecco, snacked on hors d'oeuvres, and crowded around the kitchen to watch the cooking. After each gnocchi dish was made, we put them in bowls and set them out for everyone to taste. We had two awards categories: the judges' official votes and the more democratic Peoples' Choice awards. (Brandon created an online voting booth mid-party so everyone could vote. Which, if you know Brandon at all, should not come as a surprise.)

Once the voting was done, we all gathered around the yellow table for more food. I made a roasted pork loin stuffed with prosciutto and rosemary fig butter, and a baby kale, radicchio, and fennel salad, and we polished off the remaining gnocchi. For dessert Brandon surprised me with pre-birthday cupcakes, which we enjoyed with a fantastic Amaro, courtesy of Matt. The winners were announced (see below) and Farley went home with a bottle of Veuve Clicquot (lucky bastard!) I have to hand it Farley, though: I would have never dreamed of combining kimchi with gnocchi, but the two were a match made in heaven, especially with the salty pancetta. Who knew?! 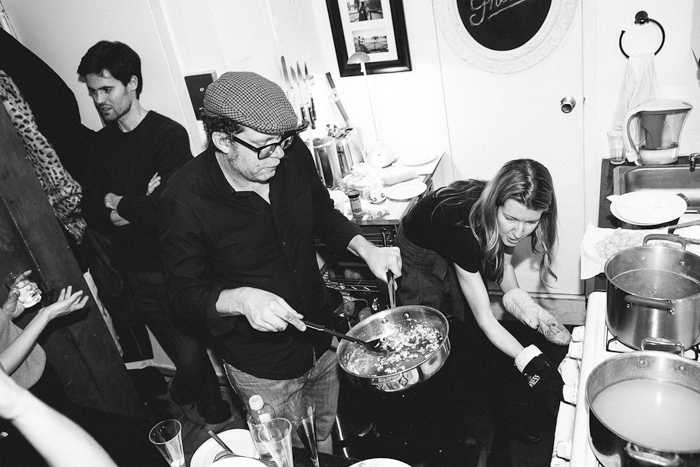 Though the quarters were tight, I think everyone would agree the evening was a blast. That's one of the many things I love about living in New York City: people never let small apartments hold them back from hosting a party (or a cooking competition!). Yes, this might have been logistically easier in a big house with a commercial-size kitchen, but dancing around each other with hot pans of sage butter and cats underfoot makes for a much better story! 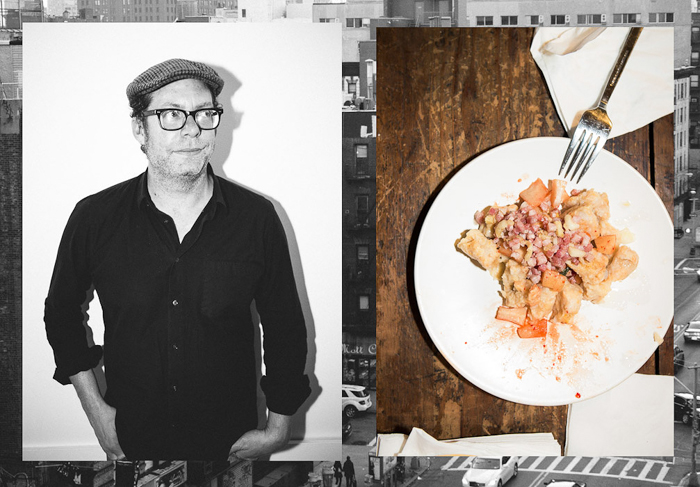 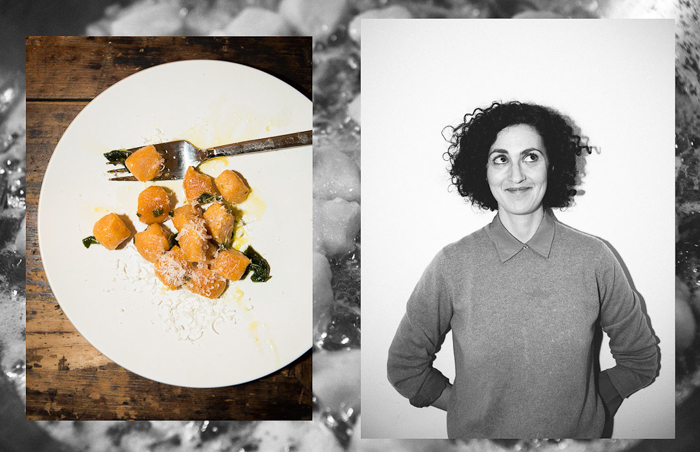 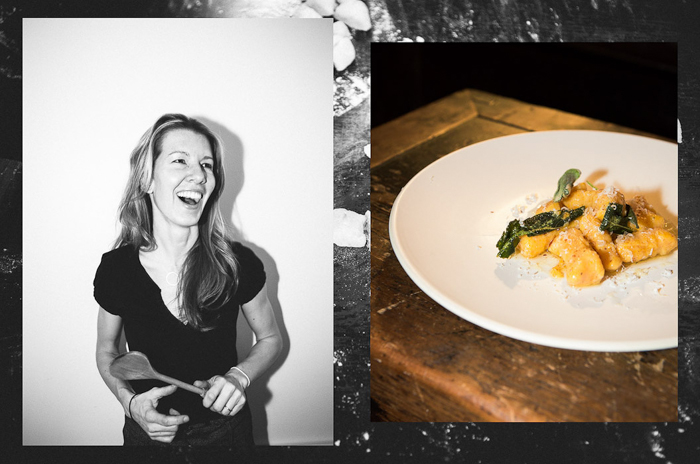 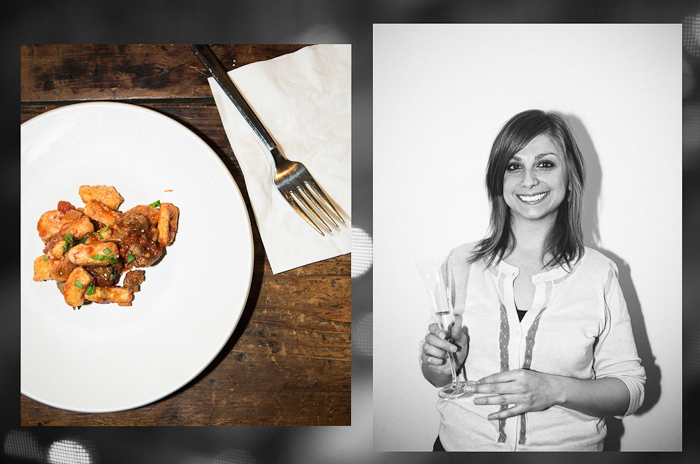 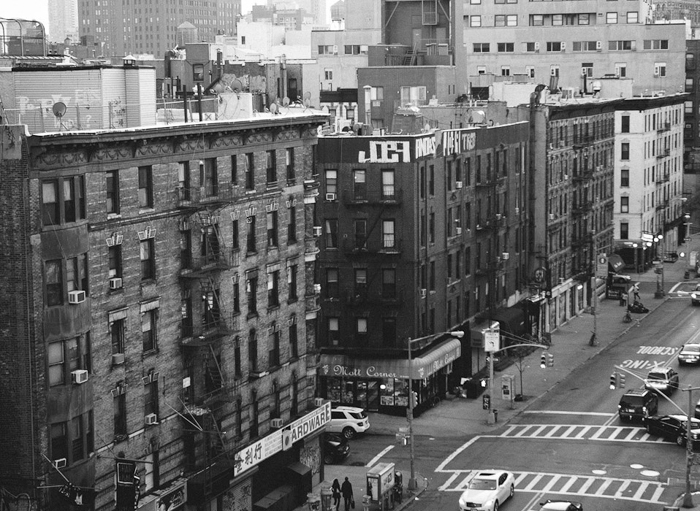 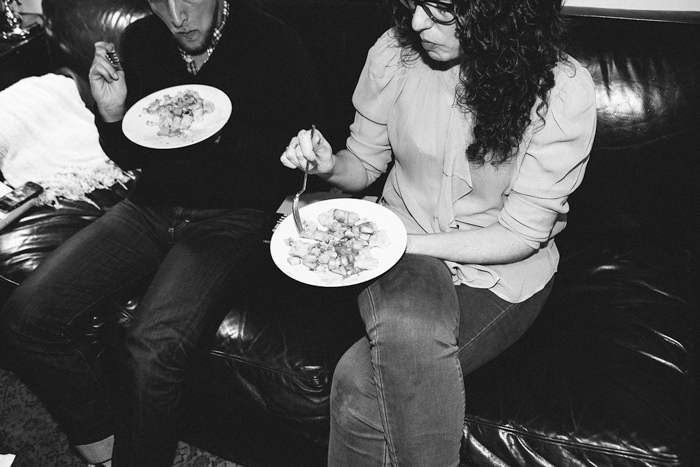 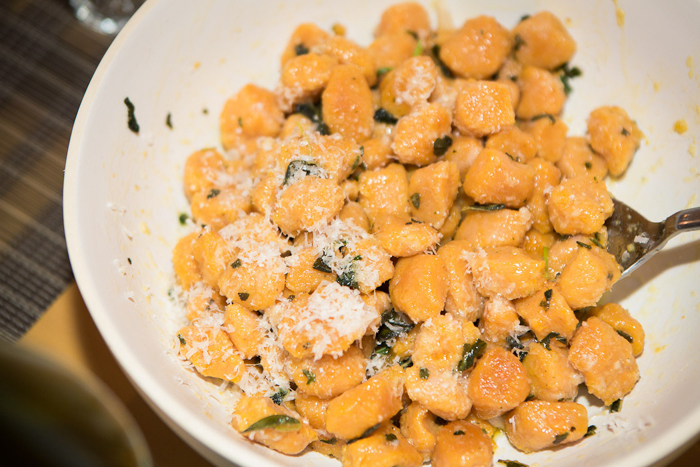 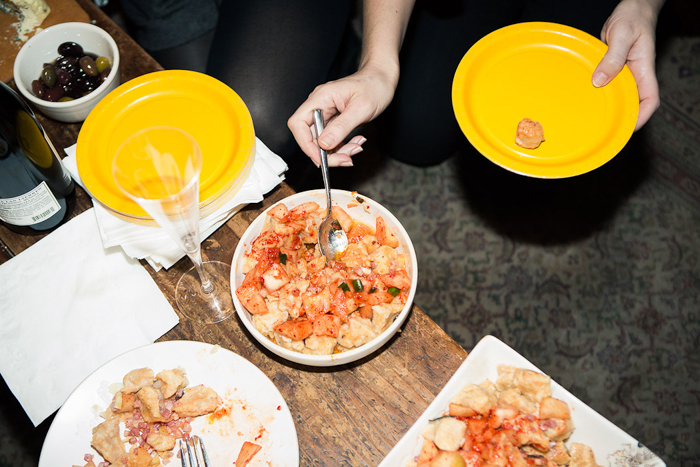 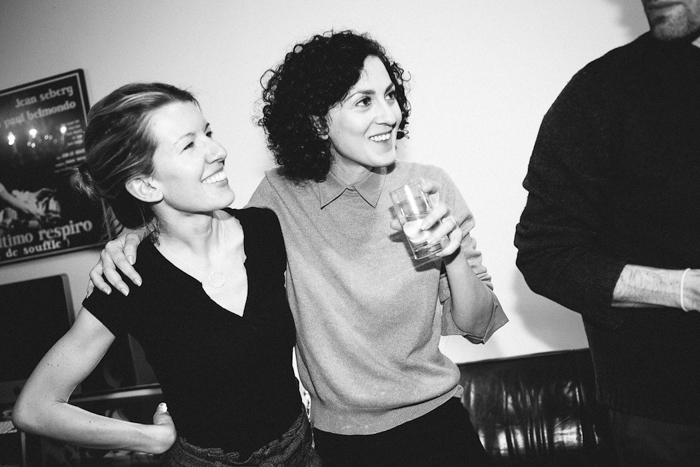 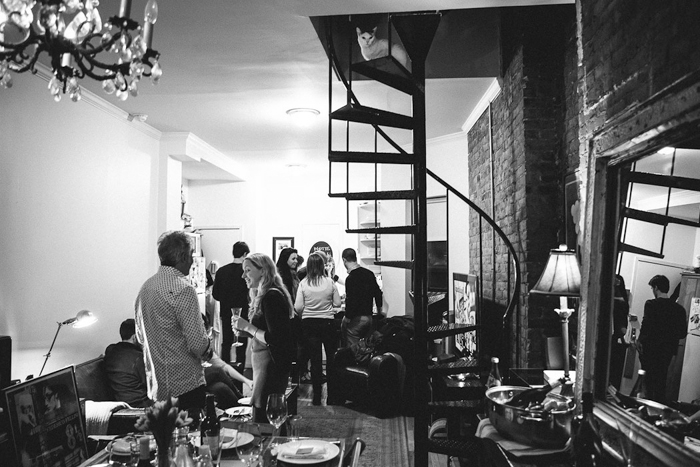 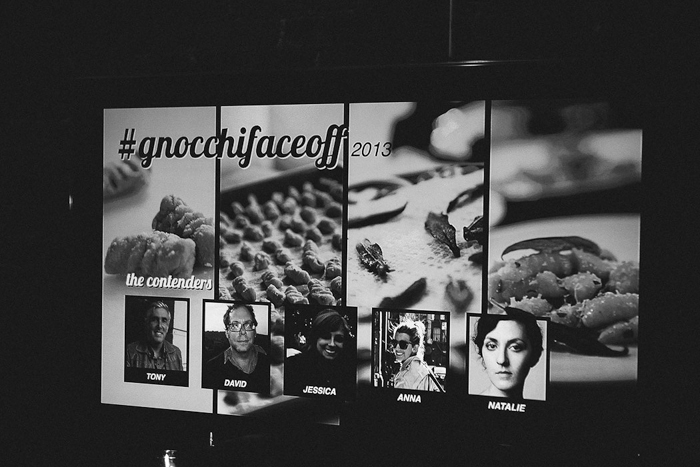 Brandon created this amazing #GnocchiFaceOff banner for the TV screen. (We look so professional!) 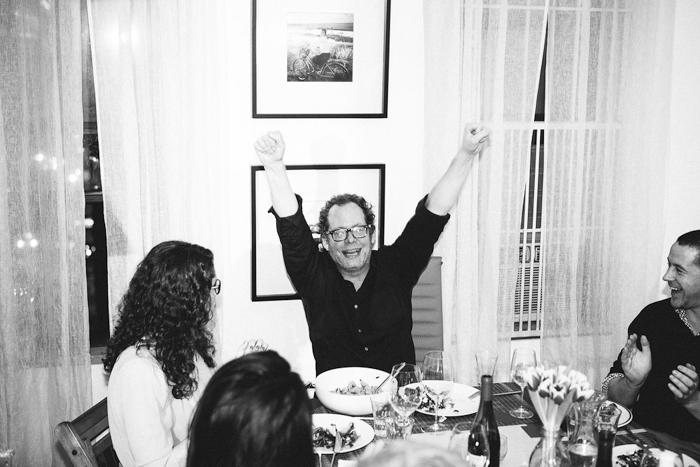 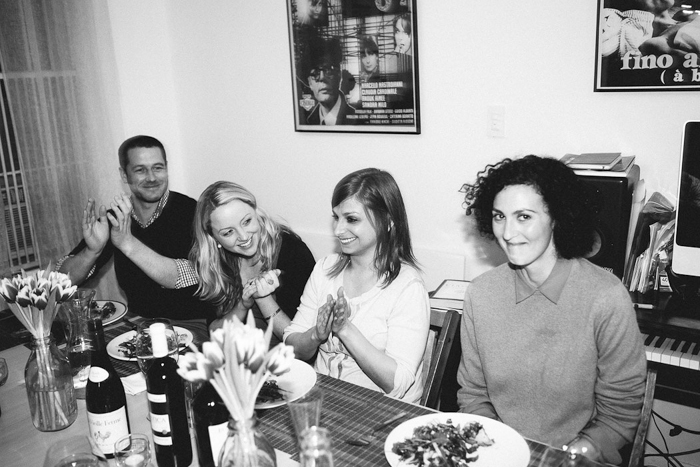 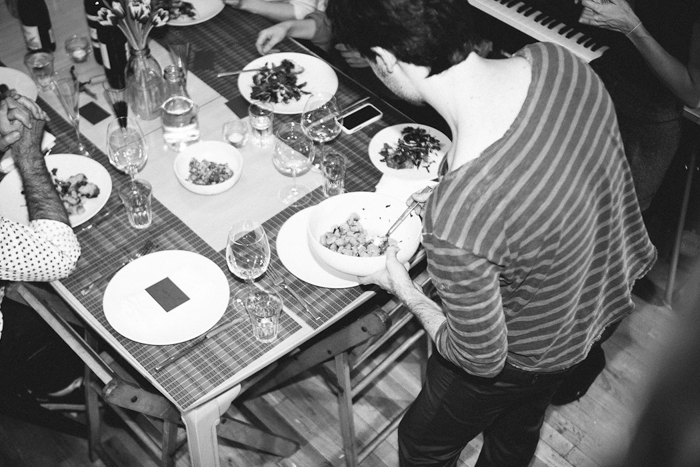 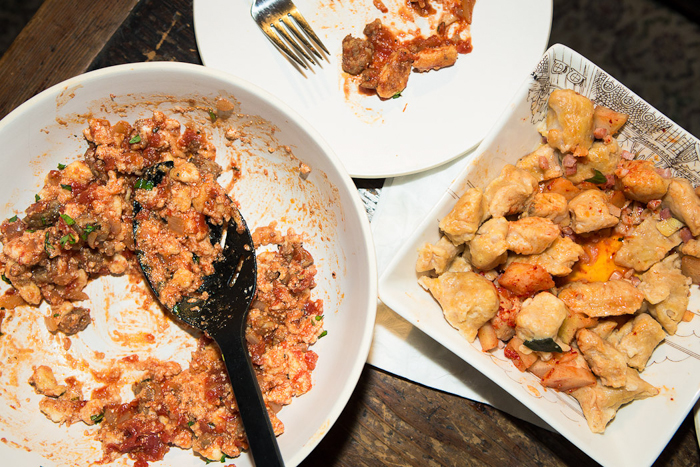 Throughout the party, Eric took some amazing portraits of everyone. He has such a knack for capturing the essence of people, and the vibe of an event. These are fantastic - nicely done, Eric!! 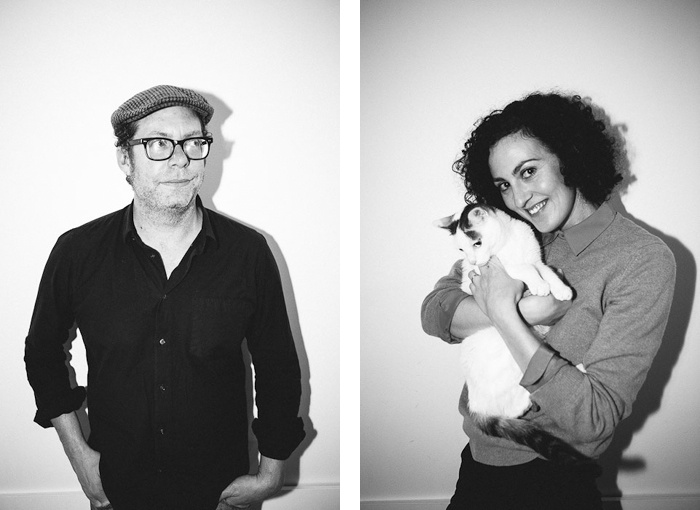 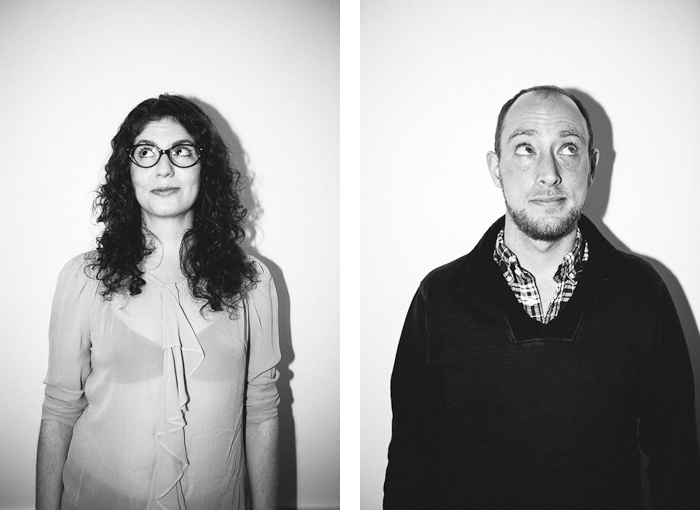 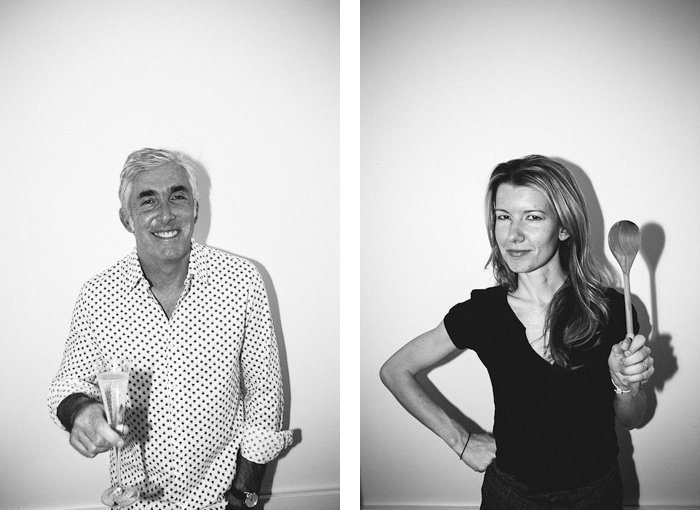 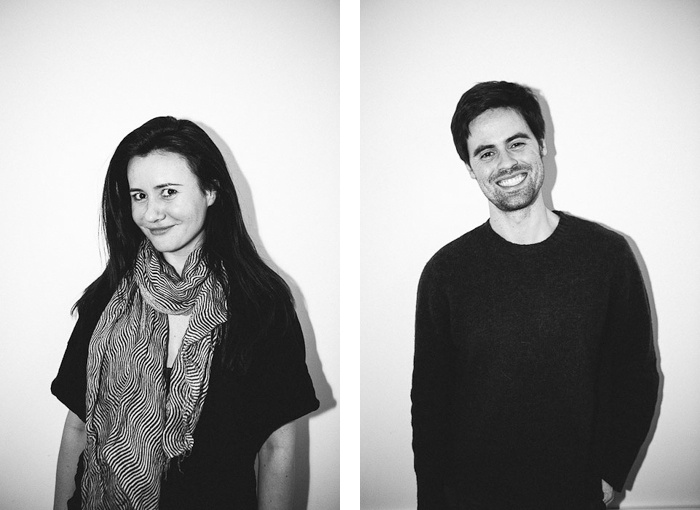 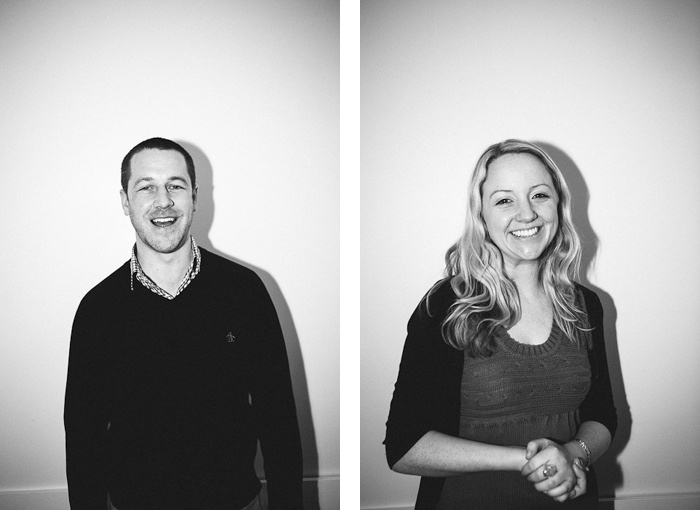 Thanks so much to everyone who took part in the evening: to all the wonderful contestants, the fabulous judges, the eaters and drinkers, and of course to Eric for capturing the evening. Let's do this again!! 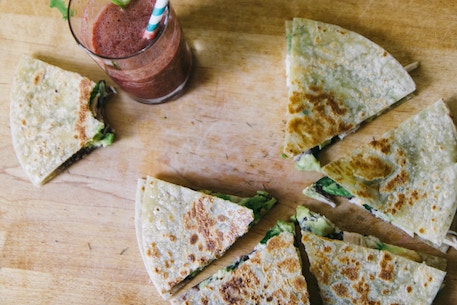 So we're nearly half-way through #marchwellness! I hope you're having fun trying new, healthy recipes, and that you're feeling better than ever. I've loved receiving emails, texts, Facebook messages, and Instagram pictures from friends and family who are joining in – even my parents bought a juicer and have been making green drinks every day! Also, thank you all for the sweet birthday messages yesterday. Brandon wrote a surprise birthday post on the blog yesterday that left me in tears. Between... 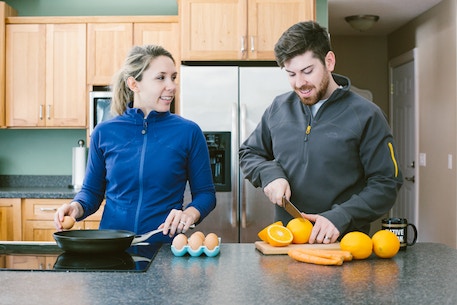 Q&A with Mike and Megan Gilger of The Fresh Exchange

Photos by Mike Gilger I first met creative powerhouse Megan Gilger last summer in NYC at a party that she and my good friend Amy Anderson were co-hosting. Warm, fun-loving, and insanely creative, Megan runs a successful blog (The Fresh Exchange) and design company (Hitch Design Studio) with her husband Mike, a talented photographer and designer. I liked her instantly, but when I heard she was from Traverse City, Michigan (one of my favorite spots in the country) I flipped. Brandon and I...